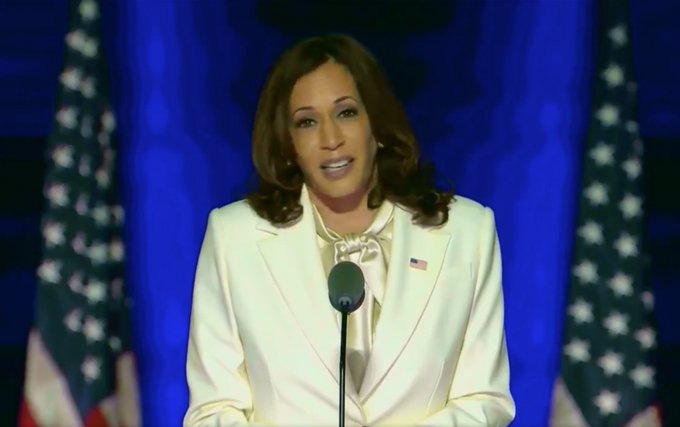 “With Kamala Harris, it’s going to be… it might surprise us more that they’ll do things that we didn’t expect and don’t expect, but they could, and it would be a terrific four years, maybe longer,” a visibly relieved de Niro said on a nightly news show Monday evening.

De Niro described the transition from Trump to Biden as one from “anarchy” to “leadership”.

“We need someone to lead us through in a kind of father figure way or mother figure way, to show that they love us, care about us and they want our best.”

“Yeah, and that’s what we were going to get with Joe Biden and Kamala Harris. She’s tough, she’ll do the things that maybe he wouldn’t do or can’t do but I’m hoping that she will do it,” he said of his hopes from the Biden-Harris ticket.

De Niro expressed “relief” that he can now be done scrapping with Trump.

“It’s like being in an abusive relationship. We don’t know what’s going on. Nobody knows. I don’t even think he knows what’s going on. Thank God!” De Niro said, speaking from his New York bubble.

In De Niro’s view, another term for Trump would have meant that the idea of a two term US Presidency would have come into question, a theory that Trump himself has riffed on during his super-spreader rallies.

De Niro explains how that Trumpian fantasy might have played out, or could, in the future: “Somebody’s gonna come along who’s a lot smarter, more sensitive, more material, and not so boorish, and they’ll be able to pull the wool over the eyes of the public, and then we will have a serious more serious deeper problem.”

The actor couldn’t stop jabbing at Trump, as the bye-bye Trump party refused to let up on the streets below his apartment.

“There’s a screw loose there,” De Niro said about how the current occupant of the White House blew his chances in the US 2020 election.

“If he had done what he should have done for the virus, he could have won this election. It’s like the gang that couldn’t shoot straight.” (IANS)