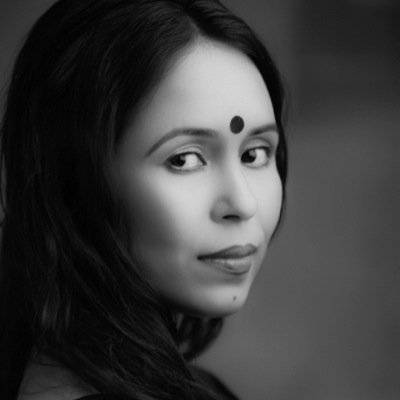 New York –The New York Indian Film Festival (NYIFF) announced the full lineup at the Launch event for their 19th year of celebrating Independent, art house, alternate, and diaspora films from the Indian subcontinent (May 7– May 12) at the Village East Cinemas in the Lower East Side of Manhattan (181-189 2nd Avenue, New York, NY 10003).

Dedicated to bringing these films to a New York audience, the festival will feature 32 screenings (29 narrative, 3 documentary and 32 short films). NYIFF will be featuring 7 World Premieres along with an International Premiere and 5 US premieres and the rest of the films being NY premieres.  NYIFF has been the go-to festival to see South Asian diaspora films that have not been seen in New York City and is continuing with this mission for the nineteenth year.

This year NYIFF has the largest number of regional (non-Hindi) language films – 20 in total. The languages focused on are Assamese, Bengali, Tamil, Malayalam, Marathi, Kannada, Ladakhi, Punjabi, and Harayanavi and all the films will have English subtitles.

NYIFF Festival Director Aseem Chhabra said “We are thrilled to share our lineup for this year. The NYIFF programming team has spent a number of months watching, tracking films and we now present to the audience the best of Indian cinema.”

Returning to NYIFF is award-winning filmmaker, Gurinder Chadha with her new film.  The festival will be hosting a Special Spotlight of Chadha’s Blinded by the Light, which will be making its New York debut after its premiere at the Sundance Film Festival. The film is inspired by the true story of journalist Sarfraz Manzoor and his lifelong love of Bruce Springsteen.

Bengali Master Buddhadev Dasgupta’s Urojahaj (The Flight) will be a part of the special focus on Bengali cinema that NYIFF will be presenting this year. Seven features will be a part of this presentation, many by first time filmmakers, putting a spotlight on a resurgence of films from West Bengal.

Arijit Singh, a widely popular Bollywood singer will be highlighted at the festival with his second directorial venture Sa– a tribute to Satyajit Ray and Ravi Shankar. Anoushka Shankar plays sitar for the film.

Other highlights of the festival include Assamese filmmaker, Rima Das whose last film Village Rockstars was India’s official entry for the 2019 Oscars.   Rima’s new film Bulbul Can Sing will have its NY premiere at NYIFF along with Assamese master and National Film Award Winner Jahnu Barua’s World premiere of his new film Bhoga Khirikee (Broken Window).

Short Filmmakers Ashuman Sharma (Jalebi) and Vick Krishna (Mokshi) were in attendance at the NYIFF Launch event on Thursday, April 18 at the Consulate General of India, New York.  They are a part of NYIFF’s four short programs that includes a total of 32 short films.

Also announced at the NYIFF Launch, Celebrity Chef and filmmaker Vikas Khanna was named the Brand Ambassador of the Indo-American Arts Council (IAAC).  Khanna is a Michelin-star chef as well as a cookbook author, humanitarian, filmmaker and was once voted New York City’s hottest chef. Khanna’s The Last Color starring Neena Guptawill be the prestigious Closing Night film for the festival and will be honoring mothers around the world on Mother’s Day.

Said Sunil Hali, Executive Director and President, IAAC,”We have received tremendous support from Ambassador Sandeep Chakravorty and Consulate General India, New York. Corporate sponsors such as AIR INDIA, State Bank of India, Bank of Baroda, ICICI Bank amongst others have come forward with significant contributions. The PIERRE from Taj Group continues to expand the relationship with IAAC. Local regional and community associations such as “Sadhu Vaswani Centers” continue to help in supporting our expanded mandate to promote regional films. Film schools have joined hands and now the leading broadcaster, IndiaCast with Viacom18 has confirmed as our exclusive broadcast partner for NYIFF2019 in USA in “powered by” category. A special 30-minute curtain raiser and a 90-minute special on NYIFF2019 will be produced by IndiaCast and aired on “Aapka Colors” and “Colors Rishtey”. We look forward to building such relationship to make NYIFF2019 a great success”.

The 19thAnnual NYIFF’s features selections include (all with English subtitles):