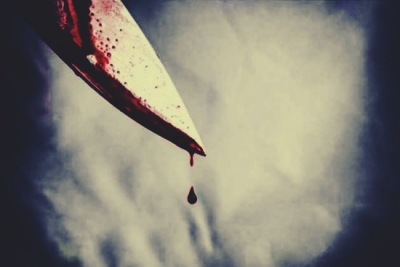 Kushinagar–Tension prevailed in Kushinagar on Sunday when the body of Babar, who had allegedly been killed by members of his own community for celebrating BJP’s win in elections, was brought to his home.

His family refused to perform the last rites unless those responsible for the youth’s death were punished.

According to the family, Babar was returning from his shop on March 20 when he chanted ‘Jai Shri Ram’ and was attacked by some local people.

To save his life, Babar climbed on his roof, but the accused reached there and Babar fell off the roof.

He was admitted to Ramkola CHC from where he was referred to the district hospital and then to Lucknow. Babar died during treatment in Lucknow.

Family members said that the local people from their community, had warned Babar against campaigning for the Bharatiya Janata Party (BJP), and celebrating its victory.

Babar had sought protection from Ramkola police but his request went unheard.

Kasaya sub-divisional magistrate (SDM), Varun Kumar Pandey who reached the spot on Sunday, said that the matter is being investigated.

He assured that the accused will be arrested and strict action will be taken against the guilty.

The local MLA Panchanand Pathak also met the family and convinced them to perform the last rites.

On the complaint of the family members, an FIR has been registered under relevant sections. (IANS)