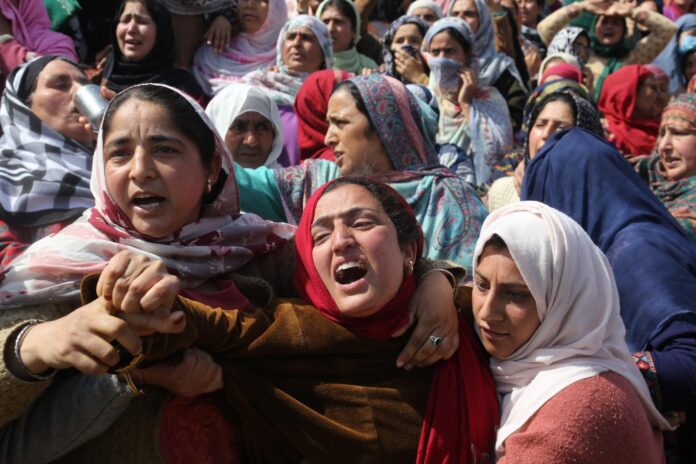 Srinagar–Scores of mourners attended the funeral of the special police officer (SPO) and his brother on Sunday in J&K’s Budgam district.

With moist eyes and painful cries of the family members, SPO, Ishfaq Ahmad and his brother, Umar Jan were laid to rest in Chatabugh village of Budgam district.

Mourners broke down after the bodies of the two slain brothers reached their ancestral village.

SPO, Ishfaq Ahmad and his brother, Umar Jan were shot by militants in their native village, Chatabugh on Saturday evening. While Ishfaq died the same day, Umar Jan succumbed to is injuries in the hospital on Sunday morning. (IANS)