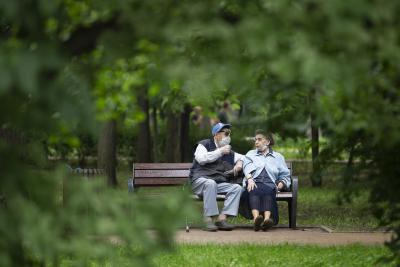 London– Staying in touch with friends and family via technology made many older people feel more lonelier and more depressed than no contact at all, researchers have research.

The study, led by researchers from the UK’s Lancaster University, showed that many older people experienced a greater increase in loneliness and long-term mental health disorders as a result of the switch to online socialising than those who spent the pandemic on their own, the Guardian reported.

“We were expecting that a virtual contact was better than total isolation but that doesn’t seem to have been the case for older people,” he added.

The findings were published in the journal Frontiers in Sociology.

“Extensive exposure to digital means of communication can also cause burnout. The results are very consistent,” he said.

“It’s not only loneliness that was made worse by virtual contact, but general mental health: these people were more depressed, more isolated and felt more unhappy as a direct result of their use of virtual contact,” he said.

Yang said more emphasis needed to be placed on safe ways to have face-to-face contact in future emergencies. There must also, he added, be a drive to bolster the digital capacity of the older age groups.

The findings outlined the limitations of a digital-only future and the promise of a digitally enhanced future in response to population ageing in the longer term, he noted. (IANS)