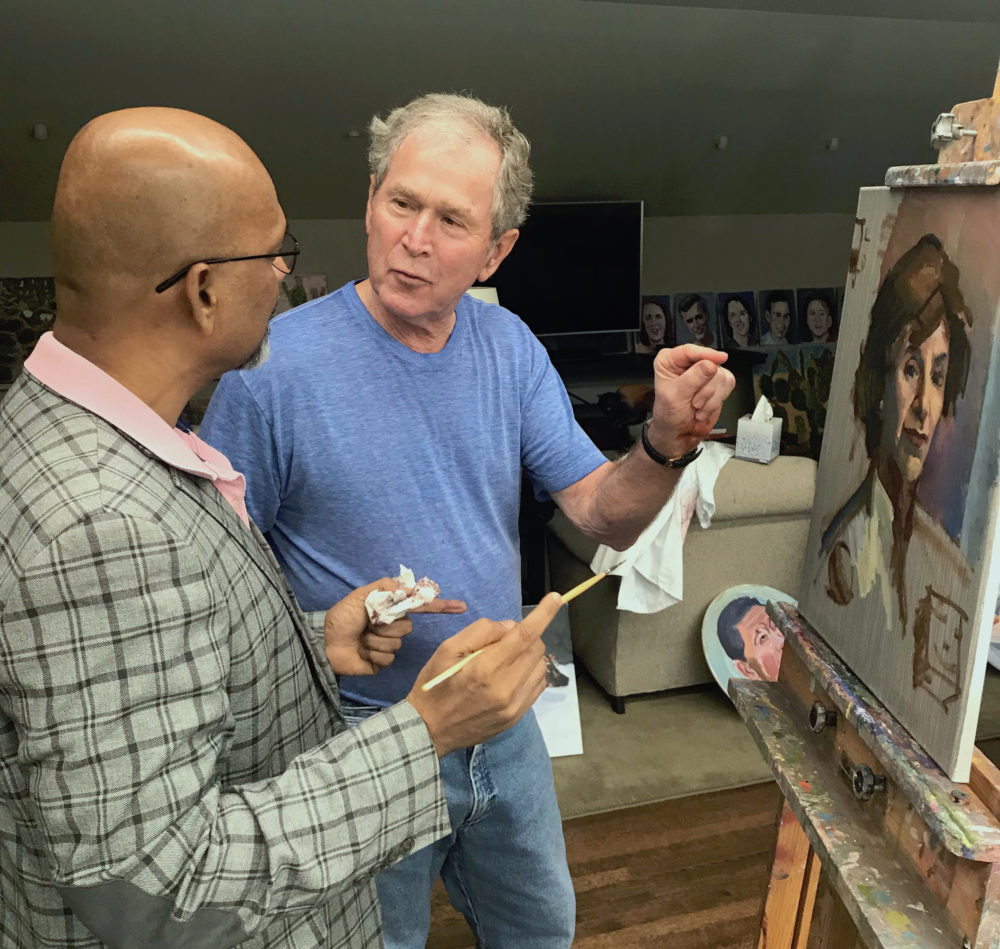 DALLAS—Indian-Americans are known for their skills in IT, engineering, medicine, franchise, entrepreneurship and yes spelling bees, but art? Well, now there is at least one Indian-American artist who is taking art to great heights.

Earlier this month, former President George W. Bush invited Vilas Tonape, chairman of the department of art at Methodist University in Fayetteville, NC, at his home in Dallas to provide him lesson in portrait painting in oil.

After retiring as the 43rd president of the United States, Mr. Bush began painting as a hobby after reading late British Prime Minister Winston Churchill’s essay “Painting as a Pastime.” Last month, Mr. Bush released a book of portraits of veterans: “Portraits of Courage.” 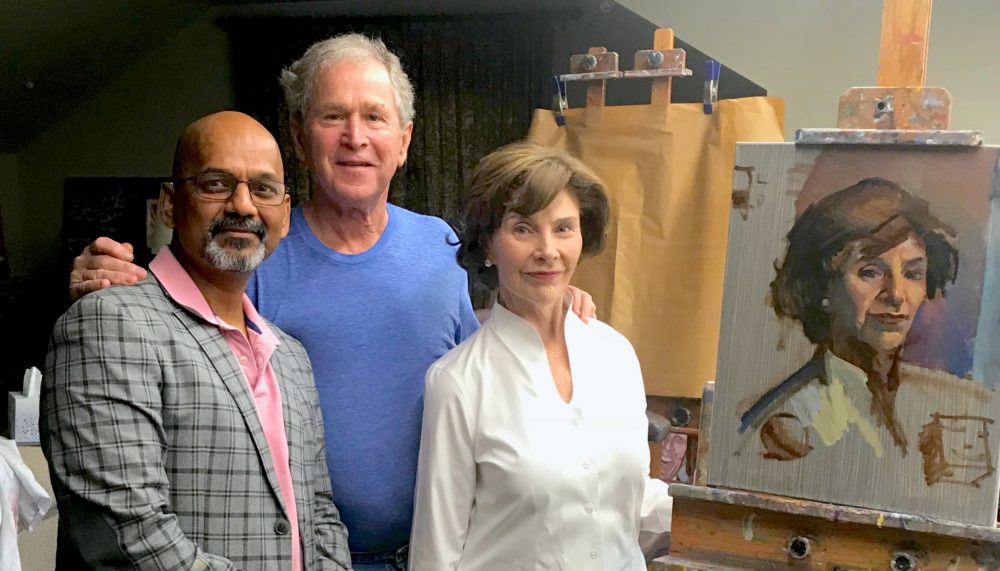 “It was a huge honor to teach President Bush to make portraits. I am so humbled and honored,” Mr. Tonape told INDIA New England News in a telephone interview. “Indian-Americans are not only in IT, engineers and doctors. There is at least one person who is doing good in art.”

“President Bush has a tremendous passion for learning how to paint. He not only has great passion but looks like a very serious graduate student,” Mr. Tonape said. “After the day-long class was over, President Bush himself cleaned the painting brushes. I was very touched by that he cleaned by brushes.”

How it all began?

Mr. Tonape said his former professor Mr. Woodson showed some amateur videos of his work on Youtube to the president and he liked and expressed his desire to learn from Mr. Tonape. The next was a contact from secret service for Mr. Tonape’s social security number and security check before the March appointment was set up. 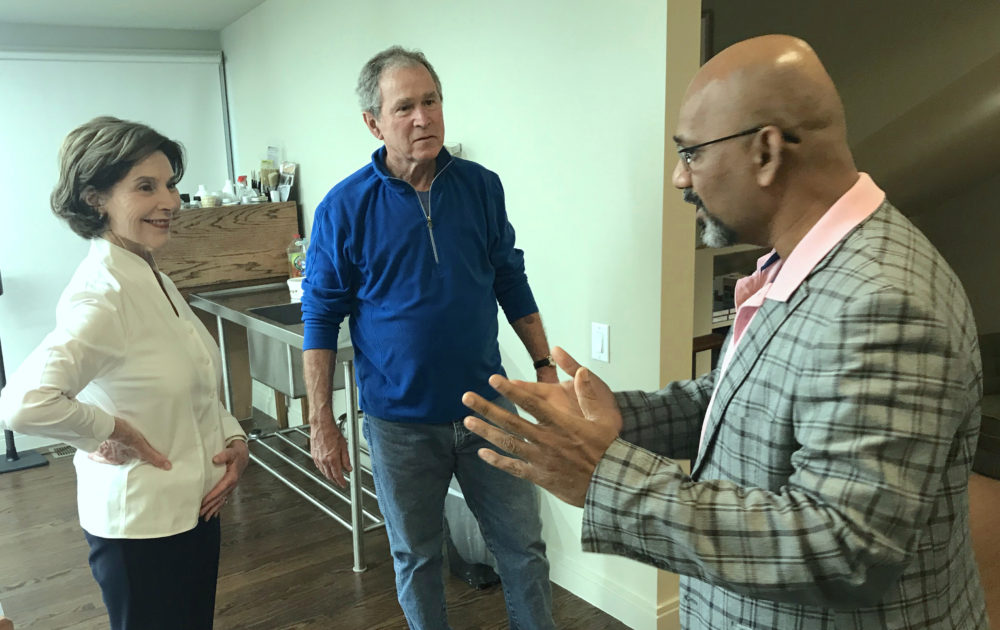 One more thing: Mr. Woodson was to choose lunch from a menu of 40 items. During the lunch and during the class, President Bush talked about portraits of various world leaders including Mahatma Gandhi.

Mr. Tonape is originally from Mumbai and settled in U.S. about 24 years ago and still visits Indian in summer to teach art to Indian students in Nasik. He received his BFA in Drawing and Painting with distinction from the Sir J.J. School of Art, University of Mumbai, India. He earned an MFA in Painting from Texas Christian University in Fort Worth, Texas.

Mr. Tonape’s work has been exhibited internationally, including venues in New York, Chicago, Los Angeles, Ontario and Bombay. He has won numerous awards throughout the United States and India.

“I believe it was first time that an Indian has even been invited by an American President for teaching,” said Mr. Tonape.