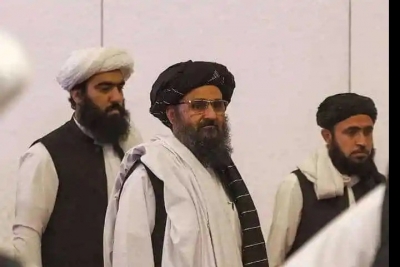 New Delhi– The Taliban announced on Tuesday that Mullah Mohammad Hasan Akhund will be the leader of the new Afghanistan government.

Sirajuddin Haqqani, the son of the founder of the Haqqani Network, designated as a terrorist organisation by the US, will be the new interior minister.

Akhund is presently the head of the Taliban’s powerful decision-making body, Rehbari Shura or the leadership council. He belongs to Kandahar, the birthplace of the Taliban, and was among the founders of the armed movement, The News reported.

“He worked for 20 years as the head of Rehbari Shura and earned himself a very good reputation. He is a religious leader rather than having a military background and is known for his character and devotion,” said a Taliban leader.

He added that Akhund remained close to Sheikh Hibatullah Akhunzada for 20 years. According to the Taliban, Akhund had worked in important positions during the previous Taliban government in Afghanistan.

Similarly, the Taliban said that the name of another veteran leader, Sirajuddin Haqqani, head of the Haqqani Network, has been proposed for the federal interior minister’s post, the report said.

He has also been authorised to nominate governors for the eastern provinces, from where the Haqqani Network used to draw its force, including Paktia, Paktika, Khost, Gardez, Nangarhar and Kunar.

Similarly, Mullah Yaqoob, the son of Taliban founder Mullah Mohammad Omar, has been approved as Afghanistan’s defence minister. Mullah Yaqoob was a student of Sheikh Hibatullah Akhunzada in his madrassa and remained close to him.

According to the Taliban sources, Sheikh Hibatullah Akhunzada has always respected Mullah Yaqoob due to his father and Yaqoob’s dedication to his work. It was Sheikh Habibullah who appointed Mullah Yaqoob as commander-in-chief of their armed fighters and then chose him as head of the powerful military commission, the report said.

Yaqoob personally led the recent armed campaign and first started taking over the rural areas, including districts, and then decided to capture the provinces across the country.

People close to Yaqoob told The News that he would take little sleep during the operations and depended on medicines. Some senior Taliban leaders then advised him against taking too much pain. (IANS)