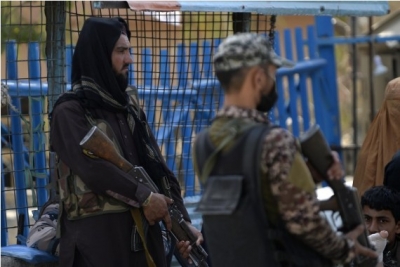 Kabul– It is widely believed by the international community and global powers that the swift and shockingly fast takeover of the Taliban in Afghanistan has been possible due to the support of Pakistan, which is said to have been a major beneficiary of gains as a result.

However, the reality on ground in Afghanistan seems to be entirely different as many Taliban fighters see Pakistan as their next target of attack.

The Taliban-led government in Afghanistan has been formed on the basis Islamic values and teachings, which has been the prime demand of the group even during their two-year-long negotiations with the US, which led to the 2020 Doha Agreement.

While the Taliban leadership strives to claim their success story in Afghanistan, many fighters believe that the takeover of Afghanistan and imposition of the Islamic Shariah law is not the end to their struggle, but is the beginning of the spread of their jihad in the rest of the world.

Speaking to many Taliban fighters deputed and positioned as security personnel in different parts of Kabul, it was witnessed that the next country for jihad and imposition of Islamic rule of law, in the eye and views of the Taliban fighters, is Pakistan.

Taliban fighters believe that the current government set-up in Pakistan is un-Islamic and vow to lay their lives for its ouster and impose Shariah law, through suicide terror attacks and other means.

“The current setup in Pakistan is un-Islamic and is wrong. We will wage jihad on Pakistan and spread our Islamic laws, applied in Afghanistan, into Pakistan soon,” another Taliban fighter stated.

During the conversation, the Taliban fighters lashed out at the Pakistan government for providing bases to US forces and allowing them to be used to kill them through drone strikes. The fighters also slammed Pakistan for providing logistics and routes for NATO supplies to Afghanistan.

“Pakistan’s government has been a puppet government. They gave bases to the US. Provided their land routes for NATO supplies and even worked with them against us. This is not right and we will make sure that Pakistan’s current puppet set-up is changed and Islamic laws are implemented there also,” he said.

The Taliban leadership may claim that it will not allow its soil to be used against any country including Pakistan, but the sentiments among the Taliban fighters certainly raise major concerns over the tendency and vulnerability of fighters, who may be used by others groups to not only target Pakistan but also push the Taliban leadership under criticism. (IANS)