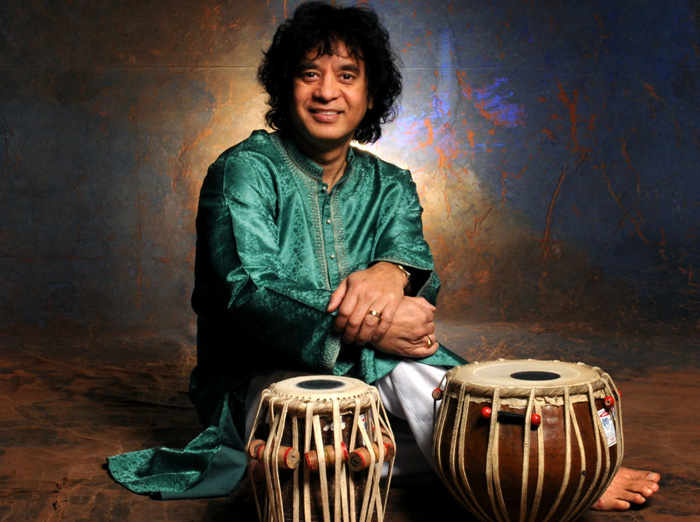 BOSTON–Playing in the footsteps of his illustrious father, Ustad Allarakha, who with Ravi Shankar introduced the glorious music of India to America, Zakir Hussain has acted as a musical bridge between his birth land and the rest of the world.

To that end, every other year since 1996, he has served as curator, producer, and host in bringing the very cream of Indian music to tour America and Europe with his series Zakir Hussain and Masters of Percussion. The 2016 version will be no exception, presenting American audiences with extraordinary and exciting – and often spontaneous – combinations of percussive as well as melodic performers.

In Boston, he his team will perform on Sunday, March 27, at Sanders Theater, located at 45 Quincy Street in Cambridge, MA. The Boston concert is organized by World Music.

[Mr. Tanaka will perform in most of the early part of the tour, from Minneapolis to San Francisco, except at Stanford and Folsom, Ca].

Master of the Japanese Taiko drum, he will bring to Masters of Percussion the international fusion that has been the hallmark of Zakir Hussain’s career. Tanaka trained in Japan with Daihachi Oguchi in Nagano, Susumu Kowase in Tokyo, and Shosaku Ikeda of Goinjo Daiko, and then established the San Francisco Taiko Dojo, acting as father of the art form in America. Gifted graduates of his school have spread the art of taiko across the country and beyond. In 2001 his important work was recognized by the award of a National Heritage Fellowship from the National Endowment of the Arts.