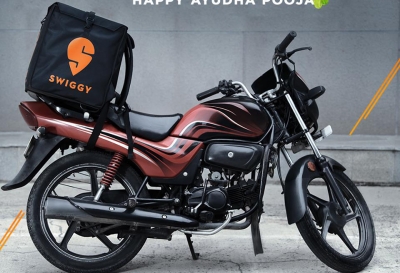 New Delhi– Food delivery platform Swiggy on Monday said it has raised $700 million led by Invesco, which will be utilised to scale its overall business along with giving a boost to its quick-commerce grocery service Instamart. At a $10.7 billion valuation, Swiggy has joined the list of Indian decacorns (valued at $10 billion and above).

With this funding, Swiggy also surpassed the valuation of its closest rival Zomato that saw its stock hammered and closing at Rs 90.95 on Monday, shrinking its market cap to below $10 billion.

In the last few months, Swiggy has expanded Instamart to 19 cities, as grocery delivery becomes the next big thing in the country.

“The GMV our food delivery business achieved in 40 months, took Instamart just 17 months, demonstrating the platform benefits of Swiggy. We will double down on this to build more categories in line with our mission of offering unparalleled convenience to Indian consumers,” said Sriharsha Majety, CEO, of Swiggy.

Swiggy had raised a massive $1.25 billion six months ago.

Instamart remains well-positioned to continue to lead the emerging quick commerce grocery space and is set to reach an annualised GMV run rate of $1 billion in the next three quarters.

“Our goal is to make Swiggy the platform that 100 million consumers can use 15 times a month,” Majety added.

The platform has launched Swiggy One, India’s first comprehensive membership programme with benefits across food, groceries, and other on-demand services by Swiggy.