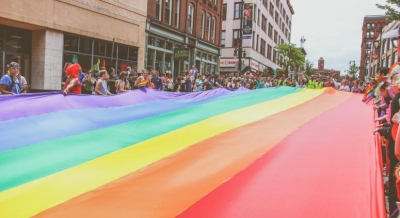 The apex Indian court, in 2018, passed the landmark decision of scrapping Article 377, which decriminalized homosexuality. The Ipsos LGBTQ + Pride Survey of 19,069 global citizens says that at least 4 in 10 (44 per cent) urban Indians believe same sex couples should be allowed to marry legally and 14 per cent feel same sex couples should be allowed some legal status but not marry. While 25 declined to comment, only 18 per cent opposed it.

The survey shows significant support for the rights of homosexuals among urban Indians. Interestingly, 56 per cent urban Indians say their views are different about homosexuality, of what they were 5 years ago.

At least 21 per cent urban Indians claim they have attended a public event in support of LGBT people (a Pride March); 18 per cent have attended the wedding of a same sex couple; at least 19 per cent have visited a bar or a night club that caters primarily to LGBT people; and 30 per cent claim to have spoken out against someone who was being prejudiced against LGBT people.

Almost 2 in 3 urban Indians (59 per cent) have no qualms about LGBTQ people being open about sexual orientation or gender identity with everyone; 1 in 2 urban Indians (50 per cent) also have no problems with openly lesbian, gay and bisexual athletes in sports teams.

“Parents and the schooling system need to be a lot more sensitive towards different identities. While the repealing of Section 377 has only decriminalised homosexuality, but where are our marriage rights and adoption rights? The social pressure is such that homosexual people are still being made to marry and live with people who are not homosexual,” R. Balaji, TEDx speaker and a queer storyteller, tells IANSlife.

“We see a growing acceptance and support for LGBTQ+ community among urban Indians, and most of the changes have come about after the doing away of article 377 by the apex court; the stigma has started to wane with more people coming out in the open about their sexual orientation and support and acceptance increasing,” Amit Adarkar, CEO, Ipsos India tells IANSlife.

“Mindset change for urban Indians is coming about, in accepting the LGBTQ+ community, but PDA is a cultural thing and there is discomfort with openly displaying affection even for straight individuals, not just for LGBTQ,” adds Adarkar. (IANS)