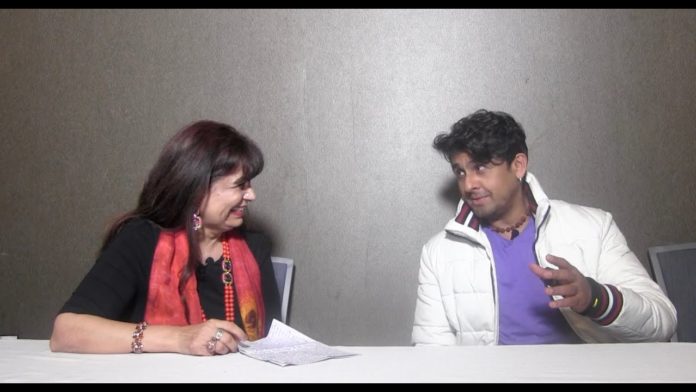 “I am looking forward to tomorrow,” said Mr. Nigam, the household name of Bollywood music industry and who is ready to set New England on fire with “Kolse to My Life” concert. In the brief video interview with Chai With Manju, Mr. Nigam talks about how he prepares before each concert and his fond memories of Boston.

The Boston show is produced by Anil and Arsh Mehrotra of App Ka Manoranjan in collaboration with Desai Entertainment.

The composition of musical show, called “Klose to My Life,” will come to life with a 35 piece symphony orchestra that will accompany him as he enthralls the New England audience with a mix of his old classics and new releases.

Mr. Nigam is acclaimed as one of the finest Indian singers and the golden voice of Indi-pop. His back to back hit songs from movies like ‘Wazir”, “P.K”, “Tanu Weds Manu” and many others are testament to the fact that beside being a versatile singer he has a voice to die for, organizers said.

Mr. Nigam ust doesn’t stop at being a Bollyood singer, but has also left his mark in many regional songs, including Kannad songs, as well as international collaborations with Britney Spears and DJ Avicii.