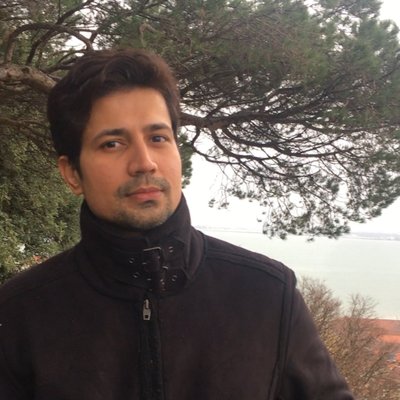 Mumbai– Sumeet Vyas says fatherhood has changed him emotionally. He feels, in our patriarchal society, we do not talk about the emotional and vulnerable side of a man.

Vyas, who says he is emotionally a different person after the birth of his son Ved, also quipped how International Men’s Day is quite a forgotten affair as opposed to International Women’s Day.

“I think when it comes to men, living in a patriarchal society, we do not show and extensively talk about our emotional side. Being modern men of progressive society who support gender equality, we tend to overthink and complicate certain things. But I think our next generation will not go through this,” the actor told IANS.

He opened up about his son, who was born on June 3, to establish his context: “He is just six months old but I feel an emotional shift happened within me because of parenthood. There is no doubt that no one in the world can compare the physical and emotional effort that a mother offers to a child, she is the birth-giver and that is incomparable. We always talk about how motherhood changes a woman, which it surely does. But I am saying, fatherhood also changes a man!”

“Everything that I do, my child comes first now. I was thinking of investing in an expensive cycle before my child was born, now I am so obsessed with my son that I am checking out toys and thinking which toy cycle is more cool!” shared the actor.

He notes that we constantly talk of gender equality but days dedicated to women and men are not celebrated in the same manner.

“It is funny, we do not even remember when the (International Men’s) day is — which was on November 19! It is almost ignorable! However, I just want to mention how at times I overthink or become over-conscious, being a man in a patriarchal society. See, when my partner comes home after a long day and asks for a coffee, I happily prepare it for her because that is natural, But when I ask for the same, the thought crosses my mind, ‘am I doing it out of the habit that woman should serve the coffee, like the way my grandfathers’ generation used to think?” Vyas said.

“I do not want to come under that category but, you see, the same action can be progressive for one person and regressive for the other one. Maybe I am overthinking but it is a real thing. This bell rings in our head at times, and that is when you think, coffee machine zindabad!” he signed off with a laugh. (IANS)