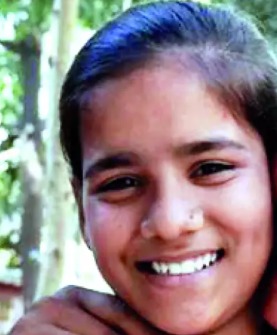 Kanpur–A speech impaired 12-year-old girl was reunited with her parents after a gap of two years, with the help of her fingerprints on an Aadhar card.

The girl, Reshmi, was found wandering at the Central Railway Station here and was rescued by the Child Helpline on February 1, 2020.

She was later shifted to a government shelter home whose officials took her for Aadhar enrolment.

But when the software rejected her fingerprint, as a similar biometric information already existed in the data base under Reshmi’s name from Ludhiana’s Ram Nagar, the officers contacted the regional Aadhar office in Ludhiana and received a confirmation that Reshmi’s fingerprints matched with the data in Ram Nagar locality.

The centre’s officer then contacted the authorities in Ludhiana to track the girl’s parents. After the authorities located her parents, Reshmi was reunited with them on Tuesday.

Rajkiya Balika Grih superintendent Urmila Gupta said that as per orders from the Directorate of Women’s Welfare, she had started getting Aadhar cards prepared for unclaimed children.

The girl, who had been named Manu by the shelter home, was equally happy to be reunited with her family. (IANS)