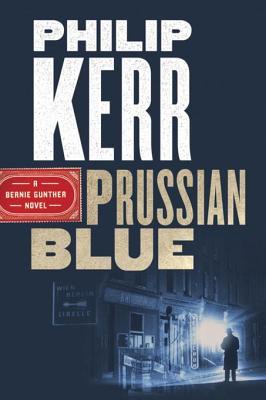 Some men can never outrun their past. It is not that their wrongdoings cannot be forgotten, but rather that their unique abilities which even their enemies, spanning the spectrum from Nazism to Communism, recognise and seek to utilise for their own ends. As with this outspoken, irreverent but capable German ex-policeman.

Bernie Gunther has survived over over two decades of Nazi rule, World War II’s Russian front, Soviet captivity, the Cold War’s lethal attentions — from all its sides — service to Juan Peron and the American mafia in Battista’s Cuba, and now just wants a quiet life.

But his eccentric fate hasn’t yet finished with him, even in 1956. And in his latest appearance, Gunther learns — yet again — that the pathology of power remains the same, though the name, uniforms and even ideology may change, and today’s oppressed can easily become — and inevitably do — tomorrow’s oppressors.

Fleeing Berlin after a complex intelligence operation where he got even with those kicking him around — with the help of a dangerous figure from his pre-war past — Gunther tries to live obscurely as concierge in a small hotel on the French Riviera. But soon, his unlikely helper — Erich Mielke, the dreaded second-in-command of East Germany’s Stasi — personally appears and threatens him to undertake a mission.

This entails going over to Britain and poisoning — by thallium no less — a covert woman agent, whom Gunther had deftly outsmarted in his previous outing (“The Other Side of Silence”, 2016). And just to keep him on his toes, Mielke has his men arrange a near-fatal hanging for him.

But our hero is not one to give in tamely. While he goes along with Mielke’s assignment knowing the men wished upon him to “help” will eventually be his executioners, he escapes from the train taking them towards the English Channel. The Stasi men are soon on his trail and since their leader is someone who knows Gunther too well — a former pre-war Berlin police colleague who was his aide in investigating a crime in Adolf Hitler’s hilltop Bavarian retreat in 1939 — keeping ahead will not be too simple.

As Gunther flees across France with the French police too on his trail, his mind travels back to April 1939 when another dreaded boss sent him to solve a serious crime in Hitler’s holiday home, just before the Fuhrer visited it for his 50th birthday.

A top engineer overseeing construction and renovations has been shot dead right on the terrace of special tea house planned as a surprise for Hitler and now his close aide Martin Bormann wants the matter to be solved expeditiously without any fuss, so there is no threat to the Fuhrer’s life.

But as Gunther finds out, there is no shortage of suspects given the greed, graft, jealousy, turf fights and more going on between Nazi bigwigs in this Nazi citadel and a mass of resentful local residents, dispossessed of home or property for the Hitler retreat.

Given the high stakes involved, will he be allowed to investigate the case to its logical conclusion and identify the truly guilty or will any scapegoat do?

Flipping between the hazardous 1939 investigation and the nervous 1956 flight, Philip Kerr, in the 12th installment of his most captivating series, brings our wise-cracking, sardonic but resourceful hero back to life in all his tarnished, tired but still irrepressible form.

While it is a thriller twice over, the real worth is the uncompromising light it shows totalitarianism in — especially Nazism, which despite its much touted high ideals, could not advance from the ambition, greed and conceit of its principal leaders. Stalinist Communism, with its readiness to employ former Nazis and be as violent, doesn’t come far behind.

Kerr also scores in his vivid but unflattering portraits of top Nazis — from the boorish Bormann to the devious Heydrich and their system of violent loot or just violence. Apart from the insight into workings of Nazism, there is an unforgettable insight into normalisation of terror and casual brutality to gain and keep personal power.

But as there are a couple of Nazis who are not so bad, our hero also shows that anyone with some dignity and honour can keep his mooring amid the direst evil. That is why Bernie Gunther’s exploits are a must read. (IANS)