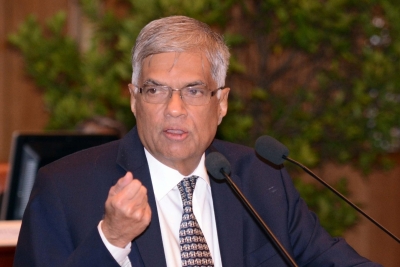 Colombo– Ranil Wickremesinghe, who was sworn in as Acting President of Sri Lanka, on Friday assured that he would reintroduce the 19th Amendment to the Constitution to clip extraordinary powers of future Presidents.

Wickremesinghe, who was the Prime Minister, was appointed as acting President as Gotabaya Rajapaksa, who fled the country amidst public protests, announced his resignation on Thursday.

“I have banned calling the President Excellency,” Wickremesinghe said in a televised statement.

He also warned the protesters not to resort to violence as military had been empowered to take action.

“I will take immediate steps to restore law and order in the country. I accept 100 per cent the right to peaceful protest. But some people are trying to carry out disruptions. Some others are planning to influence MPs before the election of a new President next week. We will prepare the environment for MPs to exercise their rights independently. They will be given protection. We will not at any point allow any party to sabotage democracy. There are fascist elements who are trying to set the country alight,” he said.

“There is a big difference between revolutionaries and protesters. Legal action will be taken against those elements. Many people who have been participating in this struggle from the beginning have expressed opposition to the elements. We are committed to preserve law and order along with them, and we are bound the protect democracy.

Wickremesinghe also invited all the parties to join to form the government.

“I am requesting all parties in parliament to reach consensus. We need to unite for the country’s sake, setting aside all political differences. Put aside our personal agendas and give priority to the country. Put country before your personal agendas. We need to have a country where we can involved in politics. So I request all political parties to think of the country first. First, save this country and people from this turbulent state,” he urged.

Meanwhile, the Speaker has informed party leaders that nominations for the presidency will be accepted on July 19 and voting to elect a new President is to be held on July 20.

The Indian Ocean island nation with 22 million is going through the worst-ever economic crisis with skyrocketing inflation. In May, Sri Lanka defaulted its foreign debts for the first time in the history.(IANS)