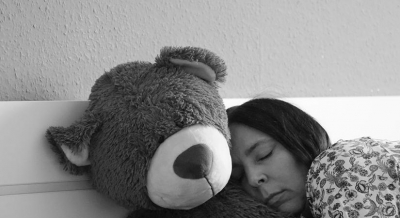 New York– Close the blinds, draw the curtains and turn off all the lights before bed because exposure to even moderate ambient lighting during night-time sleep can harm your health.

According to researchers at Northwestern University in the US, even dim light can harm cardiovascular function during sleep and increase insulin resistance the following morning.

“The results from this study demonstrate that just a single night of exposure to moderate room lighting during sleep can impair glucose and cardiovascular regulation, which are risk factors for heart disease, diabetes and metabolic syndrome,” said Dr. Phyllis Zee, chief of sleep medicine at the University’s Feinberg School of Medicine.

“It’s important for people to avoid or minimise the amount of light exposure during sleep,” Zee said.

The study, published in the journal PNAS, tested the effect of sleeping with 100 lux (moderate light) compared to 3 lux (dim light) in participants over a single night.

The investigators discovered that moderate light exposure caused the body to go into a higher alert state. In this state, the heart rate increases as well as the force with which the heart contracts and the rate of how fast the blood is conducted to your blood vessels for oxygenated blood flow.

“Even though you are asleep, your autonomic nervous system is activated. That’s bad. Usually, your heart rate together with other cardiovascular parameters are lower at night and higher during the day,” said Dr. Daniela Grimaldi, research assistant professor of neurology at Northwestern.

Further, the investigators found insulin resistance occurred the morning after people slept in a light room. Insulin resistance is when cells in your muscles, fat and liver do not respond well to insulin and can’t use glucose from your blood for energy. To make up for it, your pancreas makes more insulin. Over time, your blood sugar goes up.

“In addition to sleep, nutrition and exercise, light exposure during the daytime is an important factor for health, but during the night we show that even modest intensity of light can impair measures of heart and endocrine health,” Zee said.

“These findings are important particularly for those living in modern societies where exposure to indoor and outdoor nighttime light is increasingly widespread,” Zee said. (IANS)