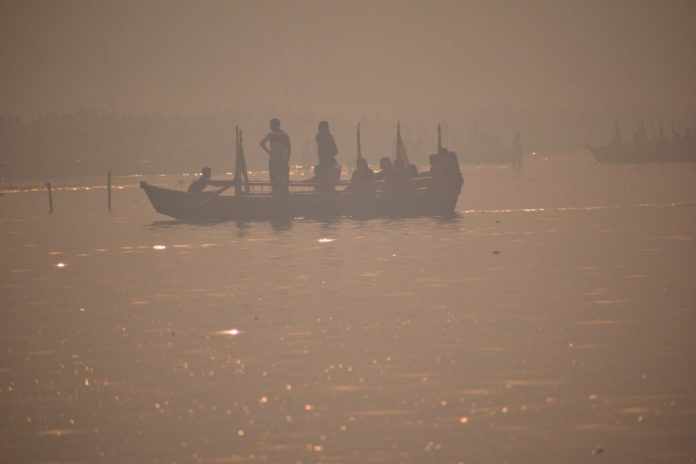 “The incident occurred when the victims, aged between 8-12 years, went into the pond on the outskirts of Maradaghatta village to immerse the idols, got stuck in the mud and drowned as they did not know swimming,” KGF Superintendent of Police Mohammed Sujeetha told IANS on phone.

The KGF town is about 100 km northeast of Bengaluru on the old Madras road.

“The incident came to light after their parents and relatives came to the pond in search of their children who left their homes after lunch to play under the tree around the pond with the idols, which were worshipped on September 2, when the 10-day Ganesha festival commenced,” the SP said.

The victims were identified as Rakshitha, Tejaswi, Veena and Vyshnavi (girls) and Rohit and Dhanush (boys).

“Fire brigade personnel rushed to the pond, retrieved the bodies and handed them over to the families after autopsy. A case of unnatural deaths was registered at the local police station,” Sujeetha added.(IANS)