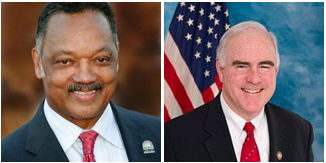 WASHINGTON:  Sikhs for Justice, a non-profit advocacy group based in New York, is having a rally at the Lincoln Memorial in Washington, DC on Thursday, June 6 from 5:00 PM to 7:00 PM.

Rev. Jesse Jackson, one of America’s foremost civil rights, religious and political figures, will be the keynote speaker at the event. He will be joined by Patrick Meehan, a former federal prosecutor and a former Republican member of the United States House of Representatives, who represented Pennsylvania’s 7th congressional district. Mr. Meehan is also a former chair of the American Sikh Congressional Caucus. Gurpatwant Pannun, a New York attorney and the executive director and legal advisor for Sikhs for Justice, will also speak.

The demonstration will commemorate “Operation Blue Star,” the Golden Temple massacre of 1984, as well as to protest against Indian Prime Minister Narendra Modi’s “oppressive government,” according to an official flyer.

“Sikhs for Justice is demanding self-determination,” the flyer said.

The protest marks the 35th year of “Indian Army’s attack “Operation Blue Star” against the Golden Temple in June 1984 and Condemning attack on the holiest Sikh shrine and massacre of the Sikh pilgrims,” according to the flyer.

Sikhs for Justice will also highlight “democratic initiative of holding first ever unofficial Referendum 2020 www.referendum2020.org among the global Sikh community on the question of secession of Punjab from India, under the principle of the right of self-determination for all peoples.”

Sikhs for Justice is a human rights advocacy group, which is working to seek justice “for the Sikh population of India through spreading awareness on an international level, especially about November 1984 Genocide of Sikhs in which more than 30,000 Sikhs were targetted and killed throughout India in a span of 4 days, from Nov 01 to 04.”