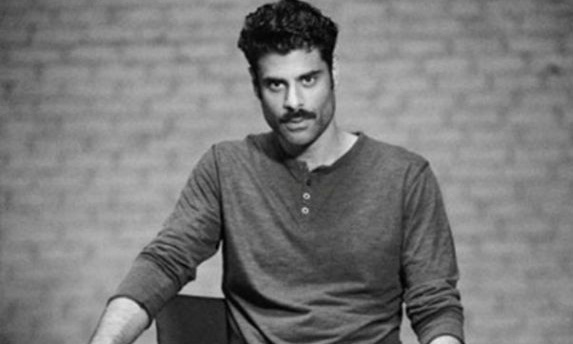 Mumbai– Actor Sikandar has his hands full this year. Apart from returning to the big screen after a gap of three years in “Tere Bin Laden: Dead or Alive”, he will be seen in the second season of “24” and has plans of announcing films produced by him.

“I am looking at producing films soon. I have started my own production company. It is my own and not a company with my parents (Anupam Kher and Kirron Kher). Something is getting developed. Hopefully, I will announce it soon,” the 34-year-old told IANS.

But Sikandar, who was last seen on the big screen in “Aurangzeb” (released in 2013), says he loves being in front of the camera.

“Constantly working is a sign of getting good work and being successful. I am still trying to get there. I am working towards that. None of my films worked on a mass level. So, this time I said ‘I will do what I really want to do’. At the end of the day, I should enjoy what I am doing. Rest is in god’s hands. I love being in front of camera,” he said.

“‘Tere Bin Laden…’ made me discover myself as an actor. It was an amazing experience and now I constantly want to be in front of the camera,” he added.

It’s his first time in the comedy genre, so he is eagerly looking forward to its release on Friday.

“I was looking for something interesting and exciting. I always wanted to do comedy and luckily, this came my way. It’s a light hearted film. It’s a situational comedy and not vulgar. I hope the viewers forget about their daily worries while watching it,” he said.

The forthcoming film gave him a chance to explore his comic side on the silver screen through his dual characters — an American with blond hair, and a Punjabi producer, who sports moustache and a potbelly.

“The film gave me a lot of scope for performance. There were some challenges. I had to shave my hair off to play an American. For the Punjabi guy, I had to put on 18 kgs. But the script was so funny. I absolutely enjoyed doing it,” said the “Khelein Hum Jee Jaan Sey” actor.

He is also excited about his TV debut.

“I have finished shooting the first schedule of the second season of ’24’. The next one will most probably happen in March. Initially, I didn’t know how it would be like, but when it started and I got into the skin of the character…I realised that it involves a lot of work every day. The work load is much higher.

“But for an actor, it’s a fun thing as there is no waiting. TV pace is much faster,” said the actor, who got engaged to girlfriend Priya Singh at the beginning of the year.

When is the couple getting hitched?

“No date has been finalised yet,” he said.