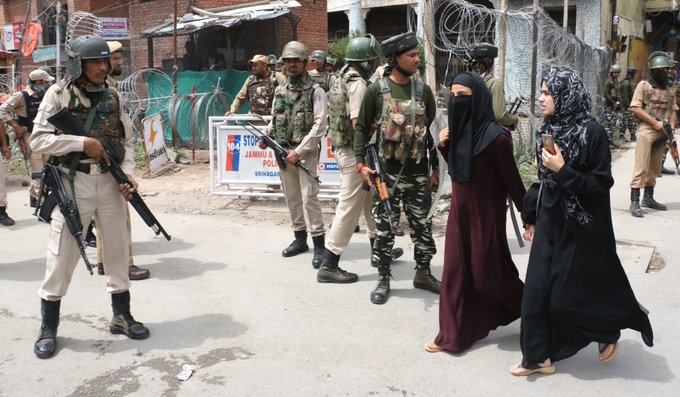 Srinagar–For the first time since Article 370 was scrapped on August 5, most shops in Kashmir opened through the day.

Last week’s snowfall in Kashmir spurred the opening up of shops and other businesses.

Kashmir has been witnessing a shutdown since August 5 with shops opening only for a couple of hours in the morning and evening.

“We have opened shops during daytime for the first time in three months. This may just help to make up for the business losses”, said Muzaffar Ahmad, a shopkeeper at Nowpora, Srinagar.

Agitations in 2008, 2010 and 2016 dragged on for months leading to repeared shutdowns. Separatist leadership issued a ‘protest calander’ asking people to defy the government and specify when to open and close their shops.

But with most separatist and mainstream leaders detained, the shutdown was mostly voluntary.

Business activities have been hampered due to suspension of the internet and pre-paid mobile phone service since August 5.

“We have been pushed back in time due to internet blockade”, Harsh Dev Singh, leader of Jammu Kashmir Panthers Party told IANS.

Public transport has seen a comeback across the Valley though some pockets such as downtown Srinagar and South Kashmir are still off track.

Earlier the government’s effort to bring back normalcy by opening schools didn’t work with most parents avoiding sending their children to schools.