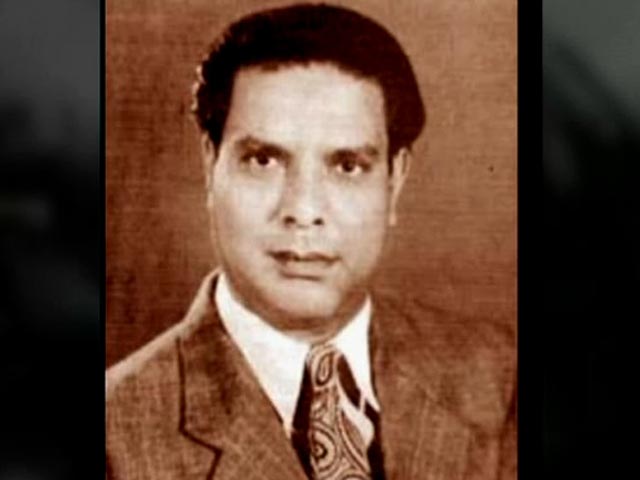 Among the boldest lines in Hindi film songs from a landmark epic where an imperial courtesan, who has already dared the monarch with her declaration of loving without fear, goes on to question curbs on women — remember the bewitchingly defiant Madhubala ask “Parda nahi jab koi Khuda se, bandon se parda karna kya?” It comes from no radical revolutionary but an unassuming, independent-minded poet who portrayed all phases of human condition besides celebrating India’s diversity.

What would classics like “Mughal-e-Azam”, “Mother India”, “Aan”, “Chaudhvin ka Chand”, “Sahib, Bibi aur Ghulam”, “Baiju Bawra”, “Bees Saal Baad”, “Ganga Jamuna” and others be without their songs? Though rendered by a gamut of talented singers and clothed with music by stalwarts, they are also remembered for their memorable words – due to Shakeel Ahmed ‘Shakeel Badayuni’, whose 100th birth anniversary falls on Wednesday.

One of the gifted, already famous poets the Hindustani film industry could attract, Shakeel also demonstrated that the skill of poetry can be intrinsic, not inherited, for none of his close relatives was a poet. Born in Badaun on August 3, 1916, in a cleric’s family, he quickly discovered his inclination. By the time he joined the Aligarh Muslim University in 1936, he was already an accomplished poet, much in demand in mushairas for both the quality of his verse and its presentation, being particularly skilled in reciting in “tarranum” (rhythmic cadence) – which may explain his penchant for song-writing.

However, unlike many others of his generation, Shakeel was not part of the leftist “Taraqqi Pasand” (Progressive) movement, preferring to write only about romance and the human condition. As he declared: “Main Shakeel dil ka hoon tarjuman/Ke mohabbaton ka hoon raazdaan/Mujhe fakhr hai meri shayari/Meri zindagi se juda nahin.” And that’s why he didn’t get along very well with contemporaries like Saahir Ludhianvi.

After graduating, he worked in the supply department for a few years, before resigning in 1944 and heading to Bombay to work in the film industry. His fortuitous meeting with music composer Naushad, who had just gained a measure of success, laid the foundation for an enduring partnership.

Though Shakeel is most known for his work with Naushad, he also crafted magic with music directors like Ravi with “Chaudvin Ka Chand ho” being one of the intensely romantic songs ever seen, and displaying Urdu poetry’s tradition of ‘sarapa’ where the beloved’s beauty is described and compared to nature – “Zulfen hain jaise kandhe pe baadal jhuke hue/Aankhen hain jaise mai ke pyaale bhare hue..” He also worked with Hemant Kumar for “Bees Saal Baad”.

But what sets Shakeel apart is the syncretism he was capable of. “Mughal-e-Azam” not only has “Bekas pe karam kijiye, ae Sarkar-e-Madina” (which seems a manqabat, not a naat as commonly thought since the Mushkil-Kusha is invoked, not the Prophet), but also the Hindu folkloric “Mohe Panghat pe Nandlal..”

Shakeel, who won the Filmfare Award for lyricist three years in a row (1961 for “Chaudvin Ka Chand”, 1962 for “Gharana” and 1963 for “Bees Saal Bad”), died at the height of his prowess in 1970, following diabetes-related complications. His involvement with films meant less time for his own poetry, but he never gave it up, with four volumes of ghazals (including many immortalised by Begum Akhtar like “Ae Mohabbat tere anjaam pe rona aaya” and “Mere hamnafas, mere hamnawaa”, and two of his film verse).