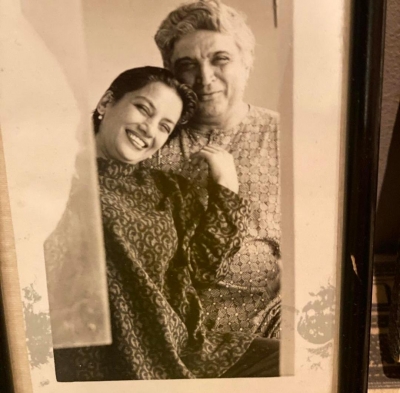 Mumbai– Veteran actress Shabana Azmi shared a black and white photograph with her husband, poet-lyricist-screenwriter Javed Akhtar on Tuesday, a day before their 36th wedding anniversary.

She also spoke about the friendship they share, which strengthens their bond.

Azmi posted the photo on Instagram. In the photograph, the actress can be seen leaning against her husband as they both smile at the camera.

“On 9th December this year we will have been married for 36 years mashallah ..Javed says Shabana and I are such good friends that even marriage couldn’t destroy our friendship!” Azmi wrote on Instagram.

Shabana Azmi and Javed Akhtar were married on December 9, 1984. The marriage happened after Akhtar parted ways with his first wife, screenwriter Honey Irani, who is the mother of his daughter Zoya Akhtar and son Farhan Akhtar. (IANS)