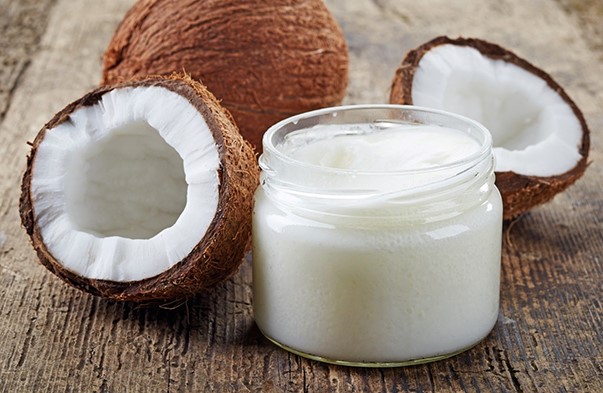 (Editor’ note: Coconut oil, which is widely used in India, has been in the news lately. Given the growing interest in coconut oil, the following article is reproduced here with courtesy from the Nutrition Source newsletter of the Harvard T.H. School of Public Health. The article is copyrighted by the school and is only for educational purposes.)

In recent years, the popularity of coconut and particularly coconut oil has soared because of touted health benefits. Fueling the coconut oil trend, celebrity endorsements have claimed the ingredient to help blast away belly fat, curb appetite, strengthen the immune system, prevent heart disease, and stave off dementia and Alzheimer’s disease. A survey found that 72% of Americans rated coconut oil as “healthy,” though only 37% of nutrition experts agreed. [1] Coconut oil is popular in several trending diets including ketogenic and Paleo diets.

As consumer demand for plant-based foods increases, coconut oil has become a popular fat choice for its rich flavor with a mild coconut aroma.

Coconut oil is 100% fat, 80-90% of which is saturated fat. This gives it a firm texture at cold or room temperatures. Fat is made up of smaller molecules called fatty acids, and there are several types of saturated fatty acids in coconut oil. The predominant type is lauric acid (47%), with myristic and palmitic acids present in smaller amounts, which have been shown in research to raise harmful LDL levels. Also present in trace amounts are monounsaturated and polyunsaturated fats.

Coconut oil contains no cholesterol, no fiber, and only traces of vitamins, minerals, and plant sterols. Plant sterols have a chemical structure that mimics blood cholesterol, and may help to block the absorption of cholesterol in the body. However, the amount found in a few tablespoons of coconut oil is too small to produce a beneficial effect.

Coconut oil is made by pressing fresh coconut meat or dried coconut meat called copra. Virgin coconut oil uses fresh meat, while refined coconut oil typically uses copra. Unlike olive oil, the terms “virgin” and “extra virgin” are not regulated with coconut oil. There is no difference in products labeled with these terms.

Store coconut oil in a cool dark location in a sealed container or in the refrigerator. The shelf life will vary, depending on the type of processing and how it is stored. Refined coconut oil generally lasts for a few months, whereas virgin coconut oil may last for 2-3 years if stored properly away from heat and light. Signs of spoilage include mold, a yellow tint, or “off” odors or flavors.

Coconut oil has a melting point of 78 degrees F. If the oil liquefies on a very warm day, stir well before using.