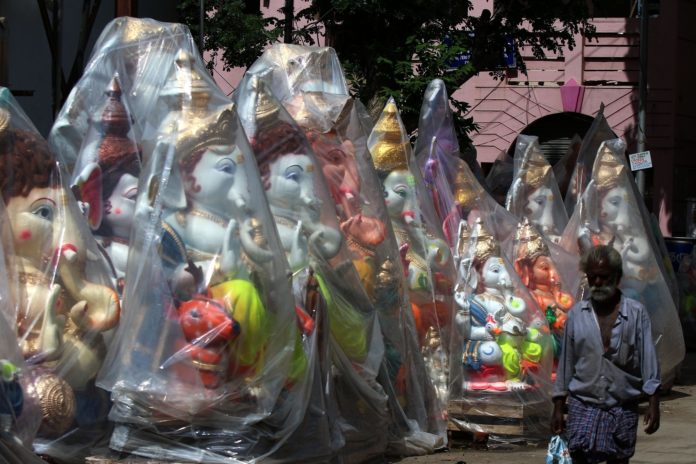 Panaji–Security will be tightened at the more than 200 odd public Ganesh Chaturthi pandals in Goa, out of which anti-terror precautions will be adopted at 51 major sites, Deputy Inspector General of Police Paramditya said on Wednesday.

Installation of CCTV systems have been made mandatory for pandals and police patrolling will be beefed up in the more popular and tourism-friendly coastal areas of the state, the official said.

“We have identified 24 major pandals in North Goa district and 27 in the South Goa district where special measures like setting up of metal detectors will be taken to prevent any anti-terror activities,” Paramaditya told reporters at the Goa Police headquarters.

The official, however, said that there was no specific terror alert vis-a-vis the Ganesh Chaturthi festivities in Goa, which is the most popular Hindu religious festival in the state.

Public celebration of the festival, which gets underway on September 2, is scheduled to be held at 76 pandals in North Goa and at 142 places in South Goa.

“We have asked the organisers of these events to set up a CCTV network with a storage capacity for at least 15 days. They have also been asked to hire private security guards for safety and security of worshippers and for crowd control,” Paramaditya said, adding that alternative lighting arrangements whould also be made on-site to prevent stampedes in case of a power failure.

“Tourist police have also been alerted to keep watch on suspicious activities along the coastal belt. Patrolling at night has been increased in the coastal areas,” the official said. (IANS)