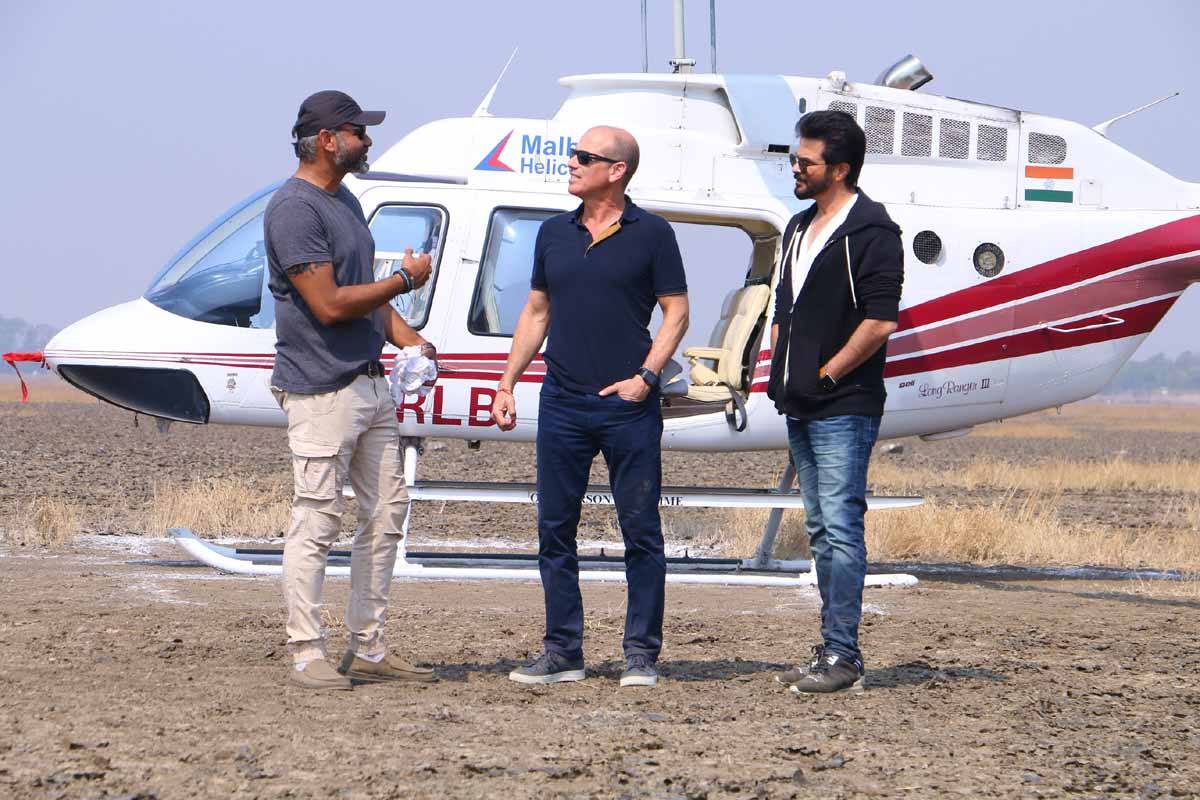 Gordon, who co-created the series along with Alex Gansa, also interacted with the cast and crew of the show including actor-producer Anil, directors Abhinay Deo and Rensil D’silva.

The opening sequence of the Colors show was shot in Vasai on Tuesday.

Gordon partook in the scripting process and appreciated the team’s attention to detail while taking stock of the shoot’s progress.

The Bollywood star reminisced about the time when he first met Gordon.

Anil said: “I first met Howard while we were shooting ’24’ US’s season eight back in 2010 where I played the role of President Omar Hassan.

“He has been an equal partner and a terrific guide in bringing the show to Indian viewers; he’s a visionary whose farsightedness has earned accolades for the show on international shores. It was overwhelming to host him on the sets of ’24: Season 2′ where he met the cast and crew and shared some valuable inputs.”

Gordon also confessed about binge watching the Indian adaptation of the series, which is originally based on Israeli series “Hatufim”.

“Inspite of being crunched for time, I have watched the whole season of ’24’ India because that is how much I loved it! Anil and his team have done a great job on the show. I hope that we can showcase this back in the US,” Gordon said.

Ever since the first season of “24” launched in India in 2013, the format owners – FOX Studios – have been keeping a close eye on the overwhelming response that the show has received from local audiences. And the makers have packed more action and thrill.

The action sequences of the show will be directed by Allan Amin.

The show will also feature actors like Sakshi Tanwar, Surveen Chawla, Ashish Vidyarthi, Sikandar Kher and Ritu Shivpuri among others.