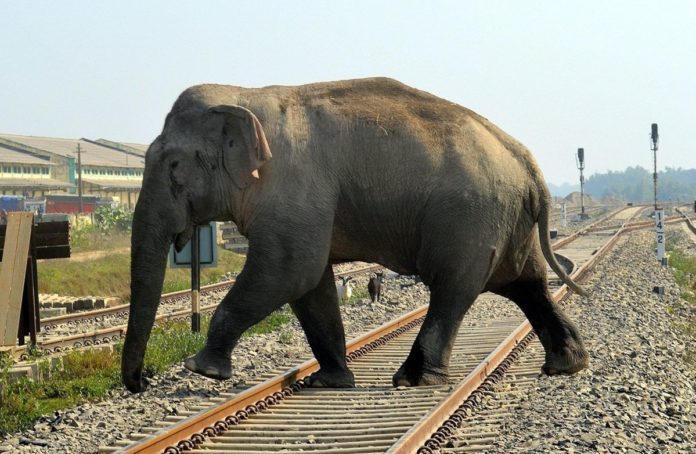 Saharanpur (Uttar Pradesh)–Good intentions often lead to much better consequences. A camera-trap study in the reserve forests near Dehradun, to develop a new tiger reserve, led to the discovery of one of the world’s oldest fossil remains of elephants, dating back to 5 million years.

“During lockdown, such a rare discovery was a pleasant surprise, we are taking help of ‘van gujjars’ (a forest tribe), to discover even more,” says Sanjay Kumar, the Commissioner of Saharanpur Division of Uttar Pradesh bordering Dehradun, capital of Uttarakhand.

The rare fossils of elephants suggests that foothills of Himalayas, the beautiful lush green Terai region in Uttarakhand and UP, were once inhabited by giant elephants, giraffes, horses and hippopotamus. “Maybe in the next phase of study, we may be lucky enough to discover fossils of some more rare animals (Stegodon, the extinct subfamily of big elephants). Top scientists of prestigious Wadia Institute of Himalayan Geology, are providing technical expertise in this endeavour,” said Sanjay Kumar, a 2002 batch IAS officer.

The story, which led to discovery of one of the oldest “habitat” of elephants, started when the government thought of finding a new reserve for the tigers in the Terai area. The 33,000 hectare of reserve forests of Siwalik range in Saharanpur division, bordering the Rajaji National Park, was once inhabited by tigers. However, poaching and human interventions led to disappearance of the large cats in the area.

New Commissioner Sanjay Kumar initiated a camera trap study to develop a new tiger reserve in this forest range. “The growing tiger population in Jim Corbett and Eastern Rajaji Park has been migrating gradually towards the west, including Siwalik forests. Therefore we thought to conduct the wildlife study here,” Sanjay Kumar, a wildlife enthusiast, told IANS.

The camera trap study, a powerful tool to investigate presence of animals in a given area, was conducted with help of forest officials and experts of the World Wildlife Fund(WWF) in Siwalik range.” In May, last month, the forest officials stumbled upon a rare fossil elephant near a river bed. Chief Conservator V.K. Jain and his team later sent this fossil sample for testing to the Wadia Institute, located in Dehradun.

“The scientists at the Wadia Institute have now opined the age of this elephant fossil, ranging from 5 million to 8 million years,” said Sanjay Kumar, who now readies to conduct another detailed study of the area.

A team of forest officials and WWF led by Jain claimed that the fossil discovered by them is the first reported sample of elephant in the region. On examination, Dr R.K. Sehgal and Dr A.C. Nanda, who have extensively worked on studies relating to elephant fossils, said that the sample, dating back to 5 to 8 million years, suggest the presence of Stegodon in the region. With the region once inhabited by such large animals, it also indicate that foothills of Himalayas were covered by thick forests and the area must have lots of river channels. (IANS)