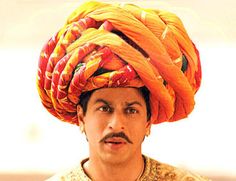 New Delhi– ‘Paag’ or ‘Pagri’ (turban) has been the symbol of royalty, honour and respect for Indian men since time immemorial. An ongoing campaign aims to bring the age-old cultural identity back in vogue to put an end to social and religious conflicts.

The ‘Paag Bachao Abhiyan’ — or, Save the Paag Campaign — was recently launched by the Mithilalok Foundation to revive the custom of wearing turbans with ‘Paag for all communities, castes and religions’ as the theme.

‘Pugg’ is the most recognised symbol of the Sikh community. It bears strong resemblance to Paag, Pagdi, Turban, Pheta, Safa, Skull-Cap and others, as used in different states and regions.

According to Birbal Jha, the founder of Mithilalok Foundation, “the need of the hour is to keep people connected with their culture and imbibe in them a feeling of being culturally united”.

“India is known for its unity in diversity, which has evolved through various interrelated and interconnected epochs,” he said.

“But, it’s becoming difficult to keep that diversity united, as we often encounter clashes and conflicts on the issue of culture and sometimes, it gets out of control leaving us confused and confounded.”

Jha feels that if the policy or practice of preserving or reviving an indigenous culture is done with openness and not in conflict with others, it could help revive social and cultural harmony among the people.

It was this very idea that prompted Jha to set up Mithilalok Foundation, a registered trust committed to socio-economic and cultural development in Mithila.

Mithila is the region known as the birth place of the Hindus’ one of the most revered deities — Sita.

“Several chroniclers have mentioned that Mithila’s legend stretches over many centuries, with Gautama Buddha and Vardamana Mahavira said to have lived here. For centuries, it has been contributing to various literary and scriptural works to shape the Indian history,” Jha explained.

He further said that the importance of birth place of Sita cannot be undermined because of male chauvinism and patriarchal mindset.

During the Paag Bachao Abhiyan in Madhubani in the Mithila region, in addition to a large number of residents of Maithila, politicians and lawmakers came together to save the cultural identity of the region.

“Our next initiative in this project is under process. We are now working to open a Paag museum in Madhubani to display different types of Paags that represent diverse cultures in the nation,” Jha said.

A Paag March was also organised to showcase cultural solidarity with ethnic Paag.

Jha also spoke about Bihar having been berated for its caste and religious-based politics, and how this project saw numerous people coming together for a common objective.

“There are a lot of caste- and religion-related issues in the state, but this initiative can be seen as the beginning of a new outlook in the days to come with the participation of people from different sections of the society,” he added.

The Madhubani Paag March was preceded by a Paag March in Delhi that had a good participation of women in February this year.

The Abhiyan aims at social integration weaving together the cultural identities, thereby carrying out the much-needed development and prosperity in the region. This will also be backed by a slew of economic agenda the foundation has planned, said Jha.