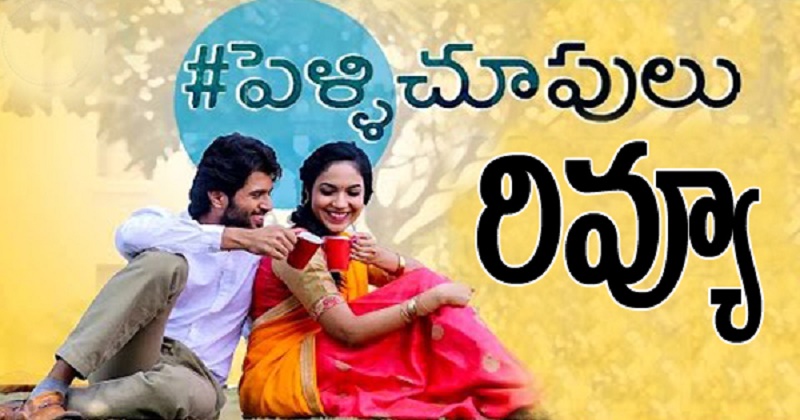 Chennai– Out of the 600-odd films released in four southern languages — Tamil, Telugu, Kannada and Malayalam — there were some which may not have earned a robust box-office number but still managed to elicit positive response from the audience and critics alike.

“Visaaranai”: A riveting take on the abuse of power, this film, made in an industry that’s known for celebrating and worshiping khaki-clad heroes, is a gritty and hard-hitting portrayal of the police force, and it comes with a jolt of realism. This is a story of powerless men, faceless men, voiceless men and those with no identity and how they become victims of a corrupt system.

“Pellichoopulu”: A refreshing tale of modern-day romance, Tharun Bhascker’s “Pellichoopulu” doesn’t bring anything new to the table in terms of storytelling. Nevertheless, it works and strikes a chord with the audience, thanks to its treatment and life-like characters and their applaud-worthy performances. Amidst all the romance and laugh-aloud humour, this Telugu drama makes a gentle, intelligent case for an educated woman.

“Ammani”: It is the most rooted Tamil film in its setting since “Kaaka Muttai”, and the way it is shot is proof of it. Shot as realistically as it can get in a small house in Vysarpadi (Chennai), actress-filmmaker Lakshmy Ramakrishnan captures the aspirational life of a lower middle-class household beautifully. The film proves that simple stories, when told with unflinching realism and unparalleled sensitivity, can strike a chord with the viewers and make for a compelling watch.

“U-Turn”: Pawan Kumar’s critically-acclaimed thriller “U-Turn”, a terrific follow-up to his first film “Lucia”, assures that there’s more to Kannada industry than the remakes they are usually known for making. It’s a film that keeps you guessing until the last minute. Even with its philosophical narrative style, it appealed to all sections of the audience, and it is more intriguing than any recent thriller in southern filmdom.

“Oru Muthassi Gadha”: It’s about two feisty grandmas – in lead roles – and the heartwarming relationship they share. Filled with fun and frolic, this Malayalam drama questions the attitudes towards elderly and how they are treated, in a way the message delivered doesn’t come across as preachy. Though on the same lines of “Baghban”, Jude Anthany Joseph’s “Oru Muthassi Gadha” addresses the subject with a lot of sensitivity and entertainingly.

“Uriyadi”: A solid directorial debut by Vijay Kumar, this Tamil campus drama doesn’t hesitate to portray drug use and violence. With absolutely no commercial compromise, “Uriyadi” throws the spotlight on caste-based politics and how students fall prey to it across Tamil Nadu. The excessive violence might make one flinch and squirm, but it doesn’t take your eyes off the film.

“Kshanam”: A Ravikanth Perepu-directed Telugu thriller, “Kshanam” kept the viewers on the edge of their seats from the get go. It’s a story where a bunch of underrated actors — Vennela Kishore, Satyam Rajesh and Anasuya — shine with the aid of a taut screenplay. Adivi Sesh, the lead actor, also proved himself as a successful writer.

“Iraivi”: A story about a few women told from the perspective of the men in their lives. Karthi Subbaraj’s Tamil drama “Iraivi” might have been a box-office dud, but it is a great tribute to women. This emotional drama hits you like a ton of bricks and it’s equally moving. With performances that deserve our respect, the film brings out the actor in filmmaker S.J. Suryah, and he is a treat to watch.

“Sethupathi”: Even though Vijay Sethupathi’s “Sethupathi” is your regular Tamil police drama, the fact that it’s a really cool movie, makes it stand out. It’s also a great family drama and reminds us that policemen, too, like us have families and wish to spend more time with them. The crackling writing makes it work, even with minor flaws.

“Kammatipaadam”: As much as it’s a mob movie, Rajeev Ravi’s stunning and extremely well-written Malayalam drama “Kammatipaadam” is actually about urbanization of a slum in Kerala, and how in the process the dalits were forced to give up their lands to real-estate mafias.