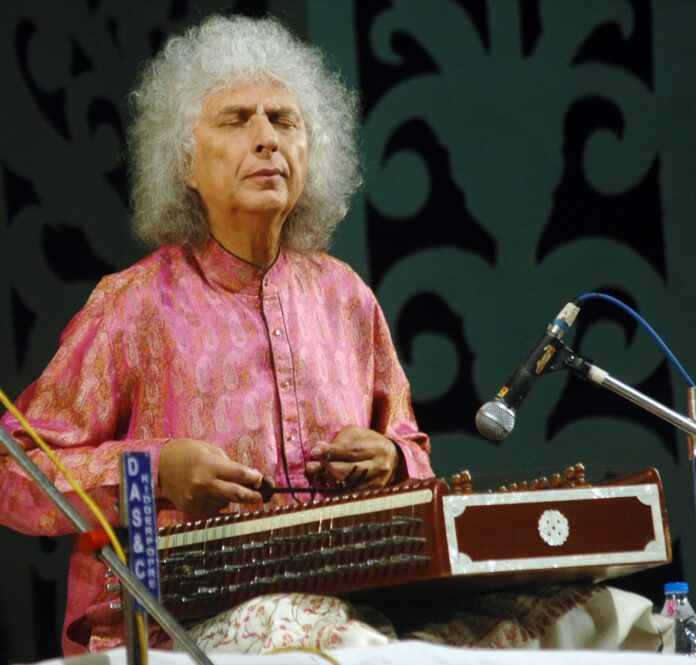 New Delhi–The santoor maestro and music composer, Pandit Shivkumar Sharma, passed away after a cardiac arrest at the age of 84 in Mumbai on Tuesday, May 10. He had been suffering from kidney-related ailments for the last six months and was on dialysis.

The Jammu-born musician, who elevated the santoor, once a little-known musical instrument from Jammu and Kashmir, to its present exalted global status, will also be remembered for the music he composed with the flute legend, Pandit Hari Prasad Chaurasia, for films such as ‘Silsila’, ‘Lamhe’, ‘Chandni’ and ‘Darr’.

He is survived by wife Manorama and two sons, one of whom, Rahul Sharma, is also an accomplished santoor player.

“These past two years have been brutal to the Indian classical music fraternity. We have lost several major pillars, and now, Pt. Shivkumar Sharma. His passing on is an end of an era,” Salil Bhat, Veena player tells IANS.

Adding that the maestro’s death has not only impacted those personally close to him but left the whole Indian classical music fraternity shocked, Bhat adds, “His contribution to the santoor and making it immensely popular is unparalleled. Anyone who listened to him seldom remained untouched.”

For someone who has been witnessing his growth ever since he was a young man, Shobha Koser from Pracheen Kala Kendra, who invited him for decades, remembers, “He ensured that his music bonded with the audience — they became one. Let us hope that the technique he invented is not lost forever and that his son and other students take it forward. It is sad that in my lifetime, I am witnessing an entire generation of Indian classical musicians passing on. While there is faith in the next generation, one is also worried about the huge gap that has been created.”

Musician Abhay Sopori hopes that the stature achieved by the Santoor remains intact and the coming generations continue to contribute towards its depth and popularity like Pt. Shivkumar Sharma. “I met him several times and respected him immensely for making the Santoor stand out. Decades of riyaaz, single-minded focus and absolute commitment made him the man he was.”

Vocalist, Pt. Ajay Pohankar, who belongs to the Kirana school feels that the Santoor owes its widespread recognition to Pt. Shivkumar Sharma. Stressing that kind of work he did on his instrument is unparalled, Pohankar asserts, “We have grown up listening to him. This is an extremely sad day for the Indian classical music community. I pray that the next generation of musicians continue working on the Santoor just like he did.”

Singer Nirali Kartik says that with his music, he could bring alive Kashmir anywhere. A majestic persona, great musicianship and humility personified, that was Pandit Shivkumar Sharma that we have known for over many decades. His passing has left a void in the hearts of musicians and music lovers across the world. His approach and understanding of each raga were uniquely his own and he gave a new definition to layakari in Indian classical music. His great musicianship will inspire musicians for many generations to come,” she says.

Pandit Shivkumar Sharma passed away after a cardiac arrest at the age of 84 in Mumbai on Tuesday, May 10.