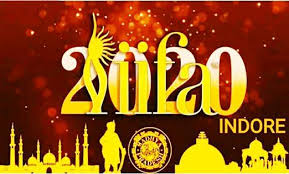 Bhopal–The 21st edition of International Indian Film Academy (IIFA) Awards will be held from March 27 to 29 in Indore. Bollywood superstar Salman Khan who was born in Indore made the announcement at a glittering press conference here on Monday.

Madhya Pradesh Chief Minister Kamal Nath who joined Salman Khan and Jacqueline Fernandez at the press conference said he had a 16-year long connection with the IIFA and was delighted to the state getting the very second opportunity to host the ceremony in India after Mumbai that hosted it last year.

Rest of the award ceremonies of the academy have been held in major cities across the world like New York, Madrid, Singapore and Bangkok etc., all these years.

For the first time, Salman Khan will host the ceremony and Riteish Deshmukh will co-host the show. Katrina Kaif and Jacqueline Fernandez will perform on the award night.

The Awards events will be attended by more than five thousand people from the film industry, including over 400 film artists. Nehru Stadium is the most likely venue for the event. The event management company Wizcraft has also seen the locations of Holkar Stadium and Daily College.

Kamal Nath bought the first ticket for IIFA Awards. The focus remained on Salman during the press conference where he related several events connected with his childhood. He presented the chief minister an album containing his baby pictures.

Political gamesmanship began even as the press conference was on to announce the event.

Rajput said: “IIFA Awards are very prestigious awards and the ceremony has been hosted in India only once in 20 years and that was in Mumbai last year. With the efforts of the Chief Minister, this event will make Madhya Pradesh a talking point in the whole world. Gopal Bhargava should expand his horizon and look beyond politics. This is my suggestion.”