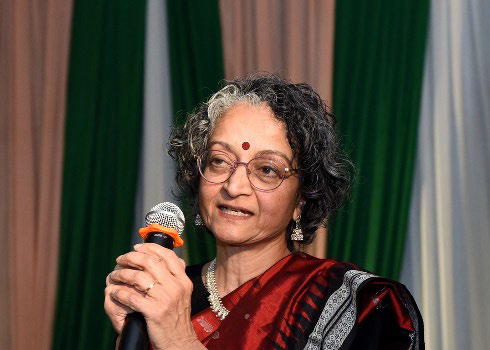 BURLINGTON, MA–Saheli, a non-profit organization dedicated to survivors of domestic abuse in Massachusetts, celebrated its 25th anniversary last through a fundraising event called “Nirbhaya: A Life Free of Violence” in Burlington, MA.

The event was held at Burlington Marriott hotel.

The very word “Nirbhaya” evokes a host of associations for South Asians, linked with the brutal rape and murder of Jyothi Singh in India, as well as the rise of a popular movement that brought the issue of violence against women front and center in the public’s eye. 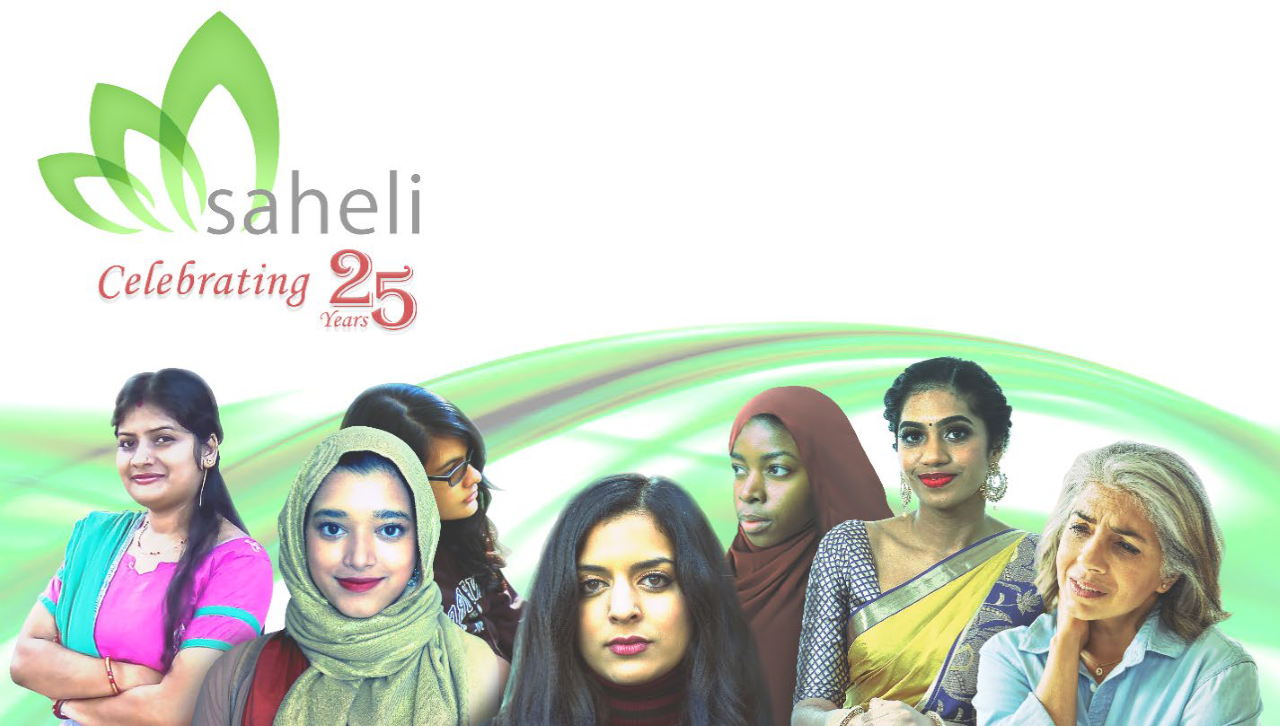 Nirbhaya, which in Hindi means “the fearless one”, was the name chosen by the Indian press to describe the case since rape victims can’t be named under Indian law. And as fate would have it, Nirbhaya soon came to stand for the other victims in the case along with the sole witness whose fearless testimony helped to bring the perpetrators to justice. And that is why Nirbhaya resonates with Saheli’s goal of creating awareness regarding the abuse of women as well as a celebration of the courage of survivors of domestic abuse.

The Saheli gala last month was primarily aimed at raising funds for Saheli to support their various programs of housing safety, mental health, legal assistance, as well as mentoring and educational programs designed to put women and children on the path to independence. The event had both elements: a celebration of female power through the medium of artistic expression, and a powerful call to activism through the exhortations and testimonials of a range of community and business leaders.

A colorful and informative brochure accompanied the event and laid out details of the program, the work of Saheli in the past few years, as well as the donors and supporters of the organization. A quick glance at the brochure revealed the wide range of activities Saheli undertakes in the community to support its cause, such as the 5K walk and student scholarships, to name only two. 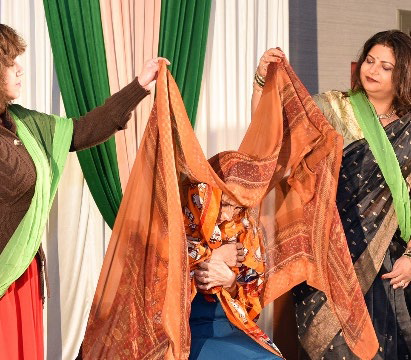 The event began with a classical instrumental performance on the veena, violin and mridangam by Girija Ramapriya, Pravan Swaroop and Shivaraj Nataraj, respectively, as guests arrived and enjoyed appetizers and cocktails. The Saheli Gala Committee had curated the event to maximize participation and to sustain the attention of guests, as was evident in the way the performances and speeches were interwoven together that evening.

Saheli President Neelam Wali gave her welcome address citing the 25-year milestone as an organization and emphasizing the commitment and endurance of Saheli during the past two Covid years, where Saheli continued to provide services even during the public health crisis. She led a powerful gesture of lighting of candles at each table to celebrate survivors as well as in remembrance of wedding planner and staunch Saheli supporter, Shobha Shastry. Ms. Wali celebrated Shobha’s “can do” attitude, especially where Saheli was concerned, and mourned her untimely passing. It was very inspiring to see the warm light of candles brightening the room as an affirmation of everything Saheli stands for. 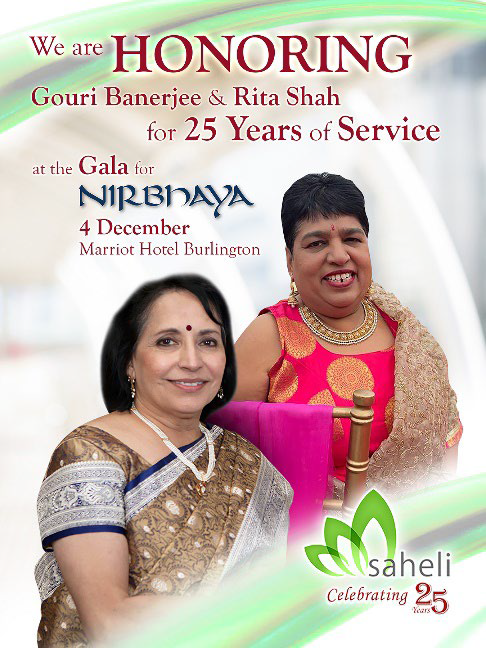 Next came a soul-stirring dance performance by students of the Chidambaram Nrithya Kala Academy under the expert guidance of Guru Neha Parikh. The performance “Jaye Jaye Durge” was a flawless rendition of the power of Durga that climaxed with the destruction of evil and a celebration of the many talented goddess, brought to life by a spirited and powerful choreography.

This was followed up with an equally eloquent keynote speech by Geeta Aiyer, founder and president of Boston Common Asset Management, a women and employee-led investment company that is committed to finding solutions for social justice and environmental causes. Ms. Aiyer spoke passionately about the crisis of domestic violence, and her powerful statistic that South Asian women comprised more than 50% of all domestic violence victims was received with an audible gasp from the audience.

Ms. Aiyer’s entire speech was aimed towards creating a heightened awareness on the issue in our community and overturning stereotypes about victims, who, in fact, ranged from highly educated as well as blue collar households. 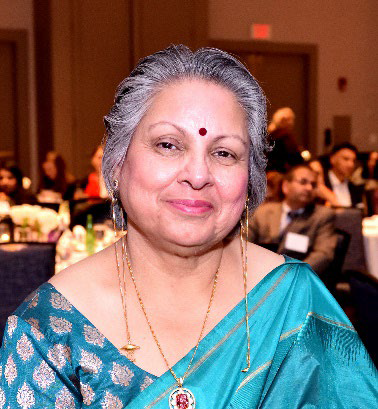 As the evening continued, “Nirbhaya” featured many compelling speeches and performances that together spoke of the fundraising and “fact-raising” success of the event. One important highlight of the evening was the felicitation of two longtime Saheli leaders, Rita Shah and Gouri Banerjee, whose dedication and service to the organization spans over 25 years.

Among many other achievements, Ms. Shah’s work includes serving over 5,000 women and their families, as well as a program that trained 360 police officers in handling South Asian domestic violence calls for help.

Ms. Banerjee is co-founder of Saheli and has served in numerous leadership roles over the years, helping Saheli to transition from a collection of strong and committed women volunteers with no office, no funds and no staff in 1996, to its current status of a well-established and much celebrated non-profit organization in the South Asian community. Among the many activities undertaken by Ms. Banerjee, her contributions include initiating computer literacy classes and support group for abused South Asian women and families.

Many other speakers from Saheli as well as its community of supporters took stage that evening, including NH state senator Debra Altschiller, whose decade-long work as a community liaison for New Hampshire’s largest domestic and sexual violence crisis center resonated with the audience. Another powerful testimonial that made an enormous impact on the audience was delivered by Achala, a domestic violence survivor, who shared her story of abuse at the hands of her husband, and the help and support she received from Saheli in the form of funds and legal services to make a new life with her daughters.

Achala’s compelling narrative brought home the grim reality of domestic abuse and was received with deep empathy from the audience. In a similar vein, a short but striking play titled “Don’t Run,” written and directed by Meenakshi Garodia, spoke simply and earnestly about the everyday disempowering of girls and women by juxtaposing a series of spoken commands such as “don’t run,” “don’t speak loudly,” “don’t challenge the authority of men” etc. with the veiling of a young girl on stage, who by the end of the play breaks herself free from the many layers that covered up her identity. The play resonated deeply with the audience, as we have all grown up hearing such commands and admonitions from elders and figures of authority in our households and community.

As dinner time approached, many guests filled out their monetary contributions for Saheli at their table and high profile donations to the tune of $50,000 invoked great excitement and appreciation from Saheli and the audience.

This was a magical evening, where Saheli successfully organized continuing support for and awareness of an urgent public health crisis in the form of domestic violence in South Asian communities. The event planning team, performers and speakers did a stellar job of at once shedding light on a dark but real subject often hidden from public view, lifting our spirits in celebration of Saheli’s advocacy, and joining us together in a collective cause through powerful performances and words that spoke to all.