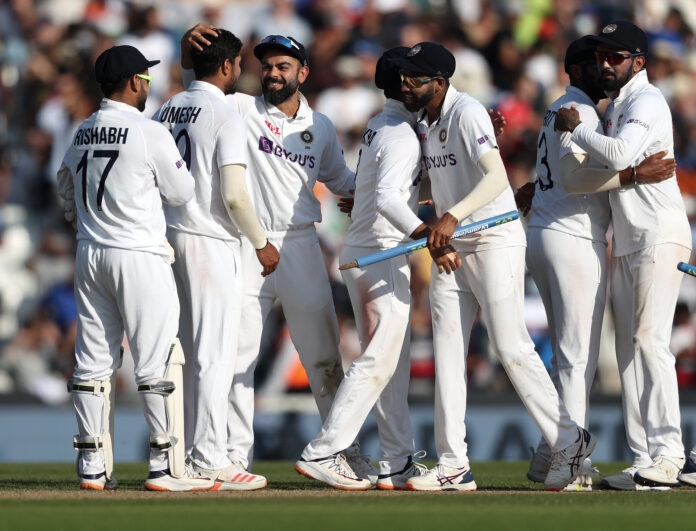 Johannesburg– South Africa captain Dean Elgar was gutsy in leading the way for his team with the bat as South Africa finished at 118/2 in 40 overs at stumps on day three of the second Test against India at the Wanderers here on Wednesday.

With two days left in the match, South Africa need 122 runs to level the series while India look for eight wickets to script their maiden series victory in the ‘Rainbow Nation’.

Resuming from 34/0 at tea, Aiden Markram continued his nice nick from the second session, driving Shardul Thakur through point.

But Thakur bounced back by rapping Markram on pads twice for lbw calls and then beating him on the fifth ball. Thakur closed the over by trapping Markram lbw with a nip-backer and smashing his back leg.

Keegan Petersen looked good while creaming boundaries through the off-side off Thakur and Jasprit Bumrah. Elgar, on the other hand, held up one end and was happy in rotating the strike. The 46-run stand off 104 balls for the second wicket was broken by Ravichandran Ashwin, trapping Petersen lbw with the one turning in sharply from outside-off and going past his glance to be hit high on knee-roll.

With Rassie van der Dussen steady at the crease, Elgar continued to take blows to his body but was dislodged from the crease. Elgar was hit on the right shoulder after he took his eyes off while trying to duck a Bumrah bouncer. He was also smashed on the gloves from Thakur before taking another hit on shoulder from Shami.

Elgar showed serious grit and along with van der Dussen, saw out the time till stumps to leave things interestingly poised for day four on Thursday. Earlier, India’s lead ran till 239 as South Africa bowled them out for 266. Cheteshwar Pujara and Ajinkya Rahane sailed to their respective half-centuries before a fiery spell from Kagiso Rabada took out the duo and Rishabh Pant. Shardul Thakur and Hanuma Vihari played crucial cameos to take India’s lead past 200.