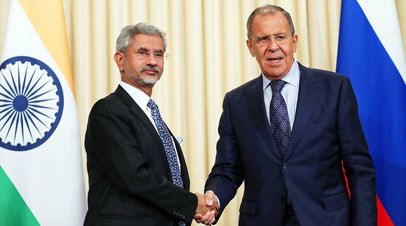 New Delhi– Russia on Wednesday reiterated that it recognises India’s decision on Kashmir as an internal matter and that there should be no international interference in it.

Russian envoy Nikolay Kudashev, addressing a press conference, said that Russia understands that revoking of special status for Kashmir is a sovereign decision taken by the Indian government and that Moscow respects India’s stand on the matter.

“Abrogation of Article 370 is a sovereign decision of the Indian government. It is an internal matter of India. All such issues should be resolved through dialogue between India and Pakistan under the Simla and Lahore agreements,” Kudashev said at the press conference.

Roman Babushkin, deputy chief of the Russian embassy, said that during the closed-door meeting at the United Nations Security Council (UNSC), Moscow had “reiterated that Kashmir is an internal issue of India”.

He also said that Russia has “no role to play” on bilateral issues between India and Pakistan, and added “we will proceed like this unless both ask for us to mediate”.

At the UNSC closed-door meeting on August 16, four of the five Permanent Members – France, the UK, Russia, the US — had backed India on its move to bring about development in Kashmir after revoking of special status. Only China had backed its good friend Pakistan.

The Russian reiteration comes as External Affairs Minister S. Jaishankar is in Moscow to meet his counterpart Sergey Lavrov in preparation for Prime Minister Narendra Modi’s visit next month.

On August 21, National Security Advisor Ajit Doval was in Moscow and held talks with his Russian counterpart Nikolai Patrushev during which both sides reiterated their support for the “principles of sovereignty and territorial integrity and non-interference of third parties”.

On August 10, Russia had backed India’s moves on Jammu and Kashmir, saying that the changes are within the framework of the Indian Constitution, and urged India and Pakistan to maintain peace.

The Ministry of Foreign Affairs of Russia said that the “change in the status of the state of Jammu and Kashmir and its division into two union territories are carried out within the framework of the Constitution of the Republic of India”.

It hoped that the two sides will “not allow new aggravation of the situation in the region as a result of the decisions”.