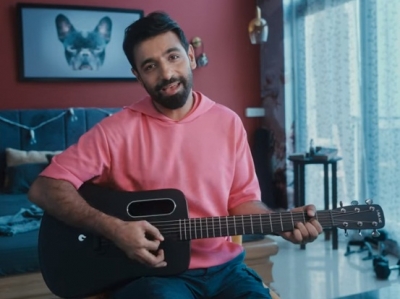 Mumbai– Music composer Rochak Kohli released a new track on Monday titled ‘Tere Jaane Ke Baad’, which talks about heartbreak with precision and sensitivity. For the song, Rochak gained 15 kilos to suit the part and then underwent physical transformation for the second by shedding those extra pounds.

One thing special about the song is that its music video was shot in 180 days in real time, in a reverse order.

Talking about the song, Rochak said, “They say that it takes a lifetime to get over a heartbreak. We all love to stay in denial, until it hits us hard! ‘Tere Jaane Ke Baad’ is a journey of a heartbreak of the protagonist, who believes that nothing would happen to him, and that everything he had seen or heard wasn’t true, Until it hits him and he is completely in shambles.”

The music video of the track has been directed by Gautam Govind Sharma, while the track is written and rendered by Kohli himself.

Kohli added, “This song has been an amazing experiment for all of us. It has been shot in the manner of a feature film over 6 months in the same setup! We shot in reverse, and to show the transformation, I first gained 15 kilos and then lost all of it for the track.”

“Another USP is that the audio in itself is narrating a story, whereas if seen with the video, it’s totally in contrast. The quirky heartbreak song will bring a smile on your face and the video will delight you.”