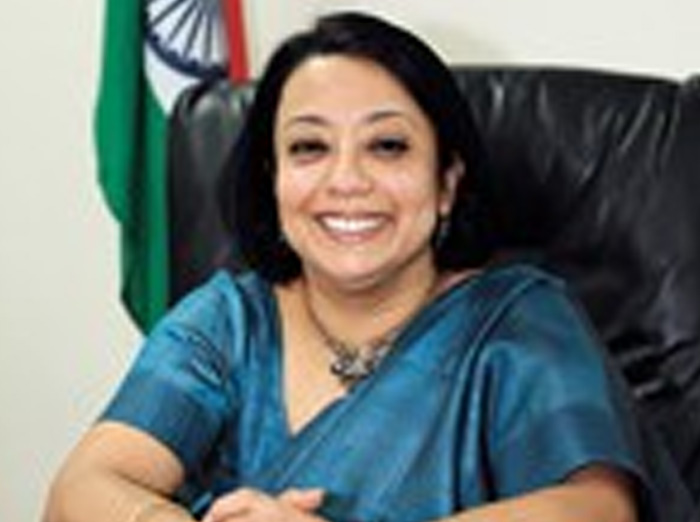 “She is likely to arrive in the next few days. Till the time she arrives, the Deputy Consul General Mr. Manoj Mohapatra will hold the fort,” reported The Indian Panorama.

The Indian community in New York, headed by the Global Organization of People of Indian Origin (GOPIO) in collaboration with the Consulate of India organized a get together earlier this month to bid farewell to Mulay.

Mulay has been appointed to head the newly formed ‘India Diaspora Division’ in India’s Ministry of External Affairs incorporating the Ministry hitherto known as Ministry of Overseas India Affairs.

Rajat Bhatnagar, director-intergovernmental relations of South Asian Arts Council, read out a note on behalf of Governor Charlie Baker and the Commonwealth of Massachusetts, wishing him congratulations on his upcoming assignment with the Ministry of External Affairs.

Das first posting was in Spain. Thereafter, she was at Headquarters dealing with External Publicity, Nepal and Passport/Visa work. She was Head of the Cultural Wing of the Indian High Commission in Dhaka. After her return from Dhaka, she took over as Director at the United Nations Economic and Social Affairs Division and participated in environmental negotiations, particularly climate change.

She was the Deputy Chief of Mission in the Embassy of India, The Hague. She was also the Alternate Permanent Representative of India to the Organisation for Prohibition of Chemical Weapons at The Hague. She served as Consul General of India in Shanghai from 2008 to 2012. After her return from China, she headed the Public Diplomacy Division in the Ministry of External Affairs. Before coming to Bucharest, she was in charge of the Latin America & Caribbean Division in the Ministry of External Affairs.