Mumbai– Actress Rhea Chakraborty says she doesn’t look back at her movie choices and focuses on her future.

Asked how she looks back at her career graph, Rhea told IANS: “I don’t look back at it. I just look forward.” 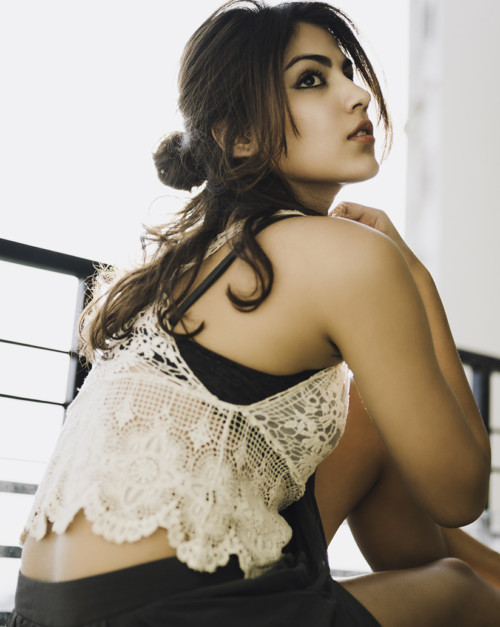 She has seen success with “Mere Dad Ki Maruti” and saw failure with films like “Sonali Cable”, “Bank Chor” and”Dobaraa: See Your Evil.”

The 26-year-old actress says she has learnt to be okay about failure.

“There are those times in everyone’s life. But in terms of Bollywood everyone knows when a film is a hit or a flop. So, everyone feels that low with you… The more and more I have been here I have started realising the fact that ‘It’s okay! it is just a film. I gave it my all and I will do it again”,” she added.

Rhea started her television career in 2009 with the reality show “Teen Diva” and was the first runner-up. Later on, she auditioned to be a VJ and was selected for the job. She has hosted several shows, including “Wassup”, “TicTac College Beat” and “Gone in 60 Seconds”.

Asked about her transition from TV to movies, she said “When I look back at it, it feels like yesterday. Secondly, the fun part is that I got to do VJ-ing which was fun and came naturally to me. I felt acting is more challenging for me. You had to get into the skin of the character and be the character. There is a critic and then there is Friday… I enjoy the challenge and the process.”

Rhea walked as the showstopper for designer Urvashi Joneja’s collection titled “Away”. The actress was seen in a dazzling black backless floor gown.

Talking about the showstopper garment, Rhea said “It’s a really nice comfortable fun sexy outfit and it has pockets.”

On the acting front, she will next be seen with actor Sooraj Pancholi in a yet untitled film. (IANS)