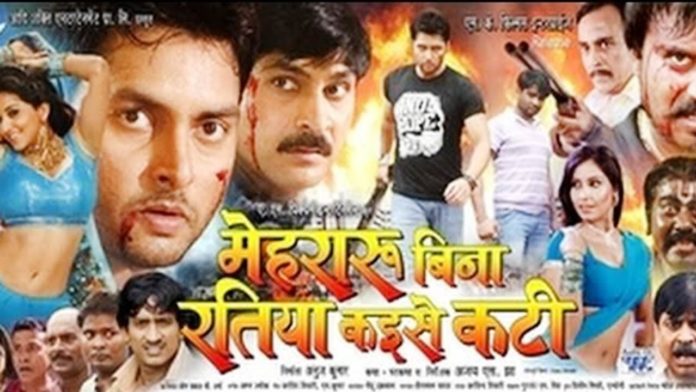 The regional film industries were always marginal to the mainstream Hindi films. This was especially so in the Hindi knowing states from the Hindi belt to the states of Maharashtra, Rajasthan and Gujarat in western India. The Punjabi industry which made intermittent films has now blossomed into full-fledged one.

However, it was not the same in the south where the local regional films ruled. The south had films in each state language like Telugu, Tamil, Kannada and Malayalam. While Malayalam films were more elitist (and some even tantalising) as they catered to a more literate state, Telugu film themes were more acceptable to Hindi tastes. That is why, when a Telugu film was remade in Hindi it usually succeeded followed by Tamil films, compared to a few Kannada or Malayalam films.

The best advantage with remaking a Telugu film, besides their subjects’ easy acceptance by Hindi audience was that, they had been tried on, accepted by and proved very successful in local circuits besides the fact that successful Telugu films were very often remade into Tamil and other south Indian languages.

This trend of remaking Telugu films into Hindi also lured many Telugu filmmakers to make the Hindi version of their own hits. Prominent among them over the years were B. Nagi Reddy, L.V. Prasad, Dr D. Rama Naidu, Annapurna Studios, Padmalaya Studios, Ramoji Rao and many more. Later, the southern producers stopped making or remaking films in Hindi, thanks to the undisciplined and unorganised way it worked. Hindi makers, often short of ideas, still buy the Hindi remaking rights of the south Indian language hits.

Boney Kapoor was the biggest propagator of Telugu remakes, most of his brother Anil Kapoor’s hits being remakes. Besides that, to the south Indian remakes go the credit for the comebacks of two actors, Salman Khan and Ajay Devgn. Salman Khan staged his major comeback with ‘Wanted’, while Ajay Devgn’s very being around today is thanks to ‘Singham’ (‘Singam’ in Tamil) besides ‘Golmaal’, which also has its roots in the south.

So, the south Indian films fed the Hindi film industry bereft of ideas and kept it going and still does. They are a better bet than the lifted foreign films for they cater to Indian tastes. English copies don’t do that. As for other regional language films in Marathi, Gujarati, Bhojpuri, Rajasthani and an odd other language film like Brijbhasha, most of them had little merit. They, mostly, survived on local government support like tax exemption and subsidies.

So, what helped these regional film industries to return to filmmaking? The main reasons are the advance of technology, the kind of films the Hindi producers took to making and the closing down of numerous single screen cinemas which catered to the regional films.

More and more Hindi filmmakers resorted to ‘elite’ kind of themes, shot mostly abroad which failed to cater to the native Indian tastes. With advanced technology, filmmaking became easier as digital format and special effects helped a great deal. The digital format did away with the tedious job of acquiring and shooting on raw film, lab processing and, mainly, the red-tape. Technology also made a lot of mix and match possible on the table.

The third and very relevant cause being the closure of single screens and mushrooming of multiplexes. This has now caused the Bhojpuri industry to suffer the most. Not only that, single screens have closed down but, in the regions where Bhojpuri films worked, Bihar and Eastern Uttar Pradesh, do not have many multiplexes besides the fact that these films are not the kind that cater to the multiplex audience!

Gujarat and Marathi filmmakers, on the other hand, changed the way they made films. Earlier, Gujarati filmmakers made films based mainly on Kathiawari folk subjects which had portly, middle-aged stars, were crudely made but sustained mainly on music and patronage by those from lower strata. Things have changed. The new breed of filmmakers, taking to the digital format, cater mainly to the new generation youth. A hit every now and then has kept the industry going.

Marathi films are also made mainly for youth. However, their other markets are limited to Mumbai, and the rest of Maharashtra, while Punjabi films enjoy a huge market in the UK and Canada.

As for Rajasthani films, production was not a regular feature. After a few locally-produced films in the 1980s which found a very limited market, a short cut was devised and the Gujarati films were dubbed and released in Rajasthani, the culture and traditions of the two states being similar. Nothing much has been happening on that front now save for a few odd films every year.

@ The Box Office
* ‘Gully Boy’, released a day early on Thursday to cash in on Valentine’s Day, made the most of the occasion by collecting about Rs 18.5 crore for the day. The film held steady till Tuesday but started falling Wednesday onwards. With its main appeal being to the Mumbai audience, its eight-day first week closes with a total of a little over Rs 100 crore.

The film will have fewer screens in its second week and a new opposition to contend with in the new release of the week, Total Dhamaal.

* ‘Manikarnika’ has managed to collect about Rs 97 crore after its fourth week.

* ‘Uri: The Surgical Strike’ continues to excel. The prevailing mood of nationalism was further boosted following the Pulwama terror attack and that should help the film draw some repeat audience. The film added about Rs 9 crore in its sixth week to take its six-week tally to Rs 227 crore.

* The week’s new release, ‘Total Dhamaal’ has had a fair opening though the reports are not so encouraging. For its cast and kind of content it has, the film is rather heavily-priced at about Rs 125 crore. (IANS)