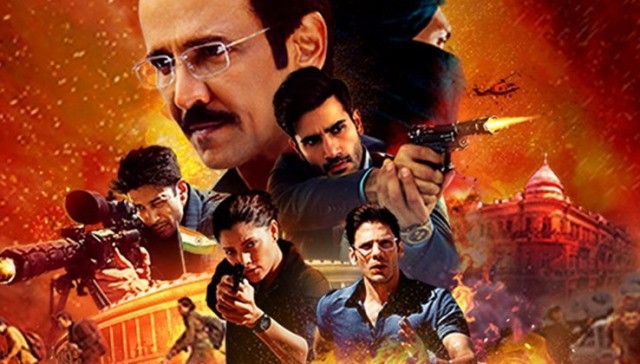 When it comes to the world of spies and terrorists, Neeraj Pandey sure knows his business. The man has tapped into the genre of espionage thriller with “Baby” (2015), “Naam Shabana” (2017) and “Aiyaary” (2018) on the big screen in the past. He carries the formula into OTT zone this time.

“Special Ops” is a lot like “Baby”, in the way it follows a team of special agents over a period of time as they set out to track a terror mastermind. Only, this time Pandey has stretched the formula across the larger part of eight episodes. Which gives him scope for more meticulous detailing, but it also leaves ample room for a drop in narrative pace every once in a while.

While Pandey’s big screen thrillers have played a role in redefining espionage and terrorism in new-age Bollywood, other filmmakers have already tried out the genre in OTT domain before him. We have had “The Family Man”, “Sacred Games”, and “Bard Of Blood” prominently, besides less-hyped shows such as “Operation Cobra” and “Code M” that also touched upon these subjects. For that reason, the show might seem somewhat low on a USP.

If the digital space is emerging as a boon for some incredible actors to reassert their talent, “Special Ops” trains the spotlight on the phenomenal Kay Kay Menon, whose visibility has sadly been limited of late, across screens big and small. Menon plays Himmat Singh, a senior RAW agent who is facing an enquiry commission as the show begins, for alleged misuse of funds during his years of covert operations. Through the enquiry, we get a detailed idea into Himmat Singh’s professional activities right from the time of the 2001 Parliament attack to present day.

Pandey and his co-writers (Deepak Kingrani and Benazir Ali Fida) ease the other primary characters into the storyline as Himmat’s account progresses. We meet Himmat’s aides (played by Karan Tacker, Muzammil Ibrahim, Saiyami Kher, Vipul Gupta and Meher Vij) who, spread across the world, work exclusively for him. The narrative essentially moves with Himmat Singh and his team as they chase an elusive terror mastermind.

Neeraj Pandey shares directorial duties over the eight episodes with Shivam Nair, who called the shots for his production “Naam Shabana” in the past. The director duo maintains uniformity in storytelling and execution through the alternative episodes that they helm.

The problem with “Special Ops” is that despite its smart mix of fact and fiction, there is an element of familiarity about the whole project. Beyond the obvious “Baby” hangover, you spot that bit in the characterisation of Himmat Singh — there is a lot of Manoj Bajpayee’s Shrikant Tiwari (“The Family Man”) in the protagonist. Like Shrikant, Himmat is a family man whose wife (Gautami Kapoor) barely knows what he is up to professionally. He is a harried parent, too. If Shrikant battled to balance his duties as a father towards two kids with the responsibility of protecting the nation, Himmat contends with a teenage daughter at home even as the nation calls.

If the character still resonates, it is because Kay Kay Menon lives it up with trademark restraint. He gets into the skin of every personality quirk that defines Himmat Singh.

Neeraj Pandey has traditionally been an ace in setting interesting characters — in fact, even supporting players in the drama he sets up get ample scope to impress. It is something that wholly benefits an actor of Vinay Pathak’s calibre, just as it lets Sajjad Delafrooz, cast as the arch villain, and Karan Tacker strike particularly impressive form.

The series makes for a heady package as it mixes references to Ajmal Kasab with Russian oil deals and human traffickers of the Gulf. A fleeting mention of the Kargil coffin gate jostles with talk of how Hamas attacks inspire Jaish operations. It’s all rolled into a cohesive whole to create a watchable show, with slowburn relish.

Yet, the overall impact just falls short of being brilliant, despite the stellar concept and performances. Neeraj Pandey and company simply cannot resist giving in to serving up an overall Bollyoodised impact, beyond the fairly authentic milieu and characters they set up. (IANS)