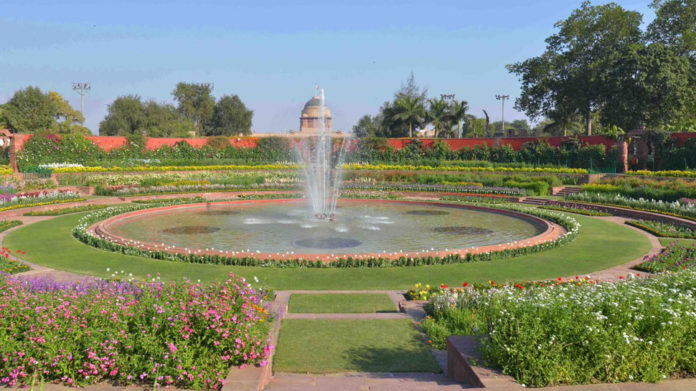 New Delhi–The Hindu Mahasabha has demanded a change of name and this time around, it wants the iconic Mughal Garden that falls under the President’s Estate, to be renamed as Rajendra Prasad Udyan.

The outfit’s President Swami Chakrapani has said that he intends to meet the Prime Minister Narendra Modi and Home Minister Amit Shah to persuade them for the same.

Speaking to IANS, Chakrapani said: “We all know the mayhem the Mughals created when they ruled. In today’s day and age to have a garden, that too inside the Rashtrapati Bhawan, named after Mughals is unacceptable. That’s why I have proposed to name it after the first President Dr Rajendra Prasad.”

Chakrapani said, he has already sought appointments from both the Prime Minister and the Home Minister and will raise his demand strongly when he meets them.

This is not the first time, names pertaining to the Mughals have been changed or sought to be changed. In the national capital, Aurangzeb Road was renamed after former President A.P.J. Abdul Kalam. Also, the Mughalsarai station in Uttar Pradesh was changed to Pandit Deen Dayal Upadhaya junction by the Yogi Adityanath government. (IANS)