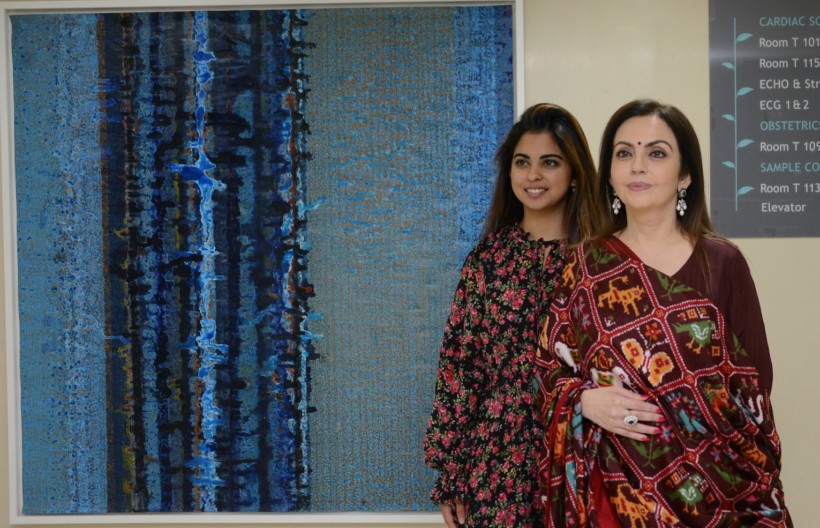 Entitled ‘Holistic Healing’, the public art project was inaugurated by Isha Ambani at the hospital.

“Holistic Healing hopes to transform the environment of a hospital into a space that transports the viewer outside the confines of its walls,” said Isha Ambani at the inauguration.

The inauguration was followed by a panel discussion moderated by Deepanjana Klien, Christie’s International Head of Classical and Contemporary South Asian Art, with a panel comprising artists Sree Goswami, Gupta, Kallat Thukral and Tagra, who discussed the significance of public art in India.

Isha Ambani said the latest initiative would motivate them to continue their work in the art world as one of Reliance Foundation’s key missions is to promote Indian art locally and globally.