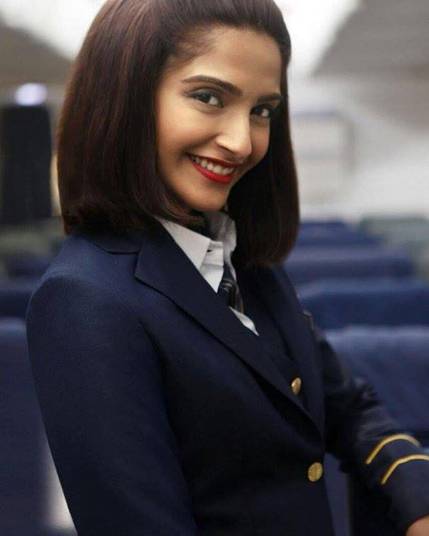 New Delhi–The reality-inspired Bollywood cinema has moved beyond the standard biopics and historical incidents. New-age writers and filmmakers are finding inspiration in real incidents involving commoners, which inspire, impress and awe, and at times also make us proud as Indians.

It has become a trend to narrate stories about extraordinary incidents involving ordinary people. What began as a mainstream experiment with films, like “Madras Cafe”, “Airlift”, “Padman” or “Neerja”, is finding increasing favour of filmmakers with releases in the genre such as “Uri: The Surgical Strike” , “Article 15”, “Kesari” and “India’s Most Wanted”.

These films draw inspiration from the valour of commoners, who stood up to the occasion to do something that stands out, in a real-life situation.

Bollywood’s inclination for such real stories will be on display this Independence Day when “Batla House” and “Mission Mangal” will explore two different shades of realism in a bid to define what it means to be a patriot.

Nikkhil Advani’s “Batla House”, starring John Abraham, is inspired by the alleged encounter of 2008 in Delhi in the wake of the serial blasts. The film seeks to find answers to several questions about the operation, which remains a mystery.

“Cinema and art should always reflect the society. It’s a positive sign that more and more filmmakers are coming up with films based on reality. With the medium, like films and shows, new generation will get to know about the important events of the past,” he said.

Earlier this year, the Akshay Kumar-starrer “Kesari” fell back on history to discover an intriguing slice of commoners’ valour in the 1897 Battle of Saragarhi.

Actress Parineeti Chopra, who was a part of “Kesari”, says it’s important to depict such reality through cinema.

“While doing ‘Kesari’ I realised that there are so many people who have no idea about the bravery of 21 Sikhs who fought against 10,000 Afghans. There was so little information available about them online or in text books. After the film almost everyone knows about them. We should keep making reality-based films because cinema has the power to make people aware and educate them,” Parineeti told IANS.

Ayushmann Khurrana’s latest release “Article 15” is inspired by the 2014 Badaun gang-rape and murder. Although Ayushmann plays a fictitious cop, his character and certain fictional drama is used intelligently in the film to highlight the sordid societal reality of heartland India.

Over the past couple of years, directors have been attempting to portray reality through different types of movies. The common factor about these films is they are all stories seeped in everyday flavour, narrating inspiring stories of common man who triumph in unusual circumstances.

“Filmmakers pick stories they feel are important. As a filmmaker I generally look at those real life stories, which will depict an incredible amount of bravery or features a person who has gone out of his/her way to accomplish the impossible,” he said.

On the sudden influx of such movies, Menon said, “Nowadays people hardly read. Even if they want to know about a historical event, they prefer to watch a video. So filmmakers are coming up with more biographies. It is not that filmmakers don’t want to make fiction movies, but there is certain aura attached to films based on reality.”

Stating that you feel more connected to things that are real, he said, “You feel you have experienced it or you can do it. Also, reality is always interesting than fiction.”

On the vital role of fact-checking films based on real life event, Menon said, “Research is important and one should not play with the facts. A filmmaker should at least try to get the basic facts right.”

“Airlift”, which featured Akshay Kumar in the role of Ranjit Katyal, was based on the evacuation of Indians from Kuwait during invasion by Iraq in 1990. To bring that evacuation drama to the big screen, Menon did a lot of research.

However, Menon said a filmmaker should be allowed “creative liberty” to add entertainment to the real story.

“If basic facts are right, then you can take creative liberty to make your film interesting and entertaining. While making ‘Airlift’ I did a lot of research. I spoke to people who were involved in the evacuation. As a filmmaker, though, creative liberty is important for me. Akshay’s character was my work of fiction and imagination. His character was inspired by Mathunny Mathews, who helped evacuate Indians from Kuwait.

“I met Mathews and his son. I took his permission to fictionalise the character based on him. Creative liberty is important for filmmaking to make it more cinematic. A film should attract people,” Menon reasoned.

“(Film) Writers are looking inwards. It’s a matter of connecting with the audience. The audience has also evolved. People now want to see their stories,” Sidharth said. (IANS)