New Delhi–After much drama and controversy, the Board of Control for Cricket in India (BCCI) confirmed on Tuesday that Ravi Shastri has been selected as the new coach of the Indian cricket team.

The three will guide the Indian team till the 2019 ODI World Cup.

“As part of the process for selecting the Head Coach, the Cricket Advisory Committee (CAC) comprising Sachin Tendulkar, Sourav Ganguly and V.V.S. Laxman conducted the interviews and recommended these appointments in the best interest of the Indian Cricket,” BCCI Acting Secretary Amitabh Choudhary said in a statement. 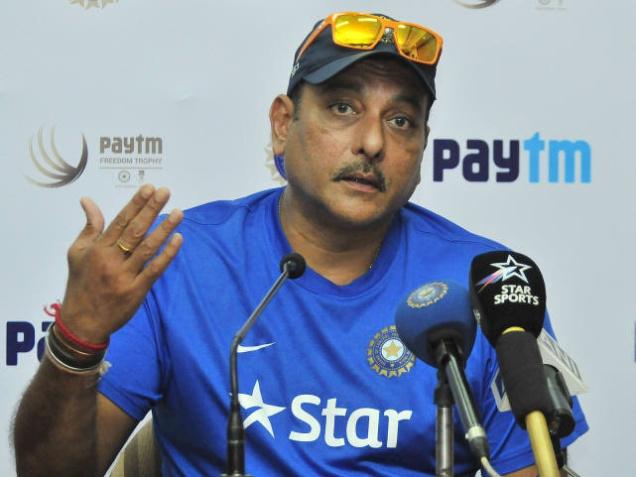 A veteran of 80 Tests and 150 One-Day Internationals (ODI), the 55-year-old Shastri had earlier served as the Team Director for India’s tour of England in 2014 to the 2016 World T20, where India lost to West Indies.

Shastri was overlooked last year and the CAC picked celebrated spinner and former skipper Anil Kumble for a one-year term. That term, however, ended on a controversial note after the last month’s ICC Champions Trophy in England.

“Shastri has been the Team Director in the past, and brings with him a wealth of experience, both as player and as coach.

“Khan is a contemporary cricketer who assumed the mentoring role to a young fast bowling unit even during his playing days with India. His inputs will be of immense value to our young fast bowlers, who have shown tremendous potential in the last couple of years,” the statement said.

“As the Indian team is to play Test cricket overseas in the next two years, Rahul Dravid’s expertise as batting consultant will be immensely helpful for youngsters.

“The board appreciates the contribution of the Cricket Advisory Committee – Sachin Tendulkar, Sourav Ganguly and V.V.S. Laxman for recommending these appointments which will take Indian Cricket to greater heights,” it added.

The announcement was preceded by several hours of high drama, the BCCI initially refused to deny or confirm widespread media reports that Shastri has been given the coveted post.

However, with the CAC yet to take a final call on the issue, the BCCI was forced to clear the air.

Ganguly also said that media reports about Shastri being named India coach was a “confusion” and nothing has been finalised yet.

The CAC wanted to postpone the announcement of the new coach’s appointment as they wanted to consult India skipper Virat Kohli on the issue, but the Committee of Administrators later directed them to speed up the process and finalise the issue by Tuesday. (IANS)