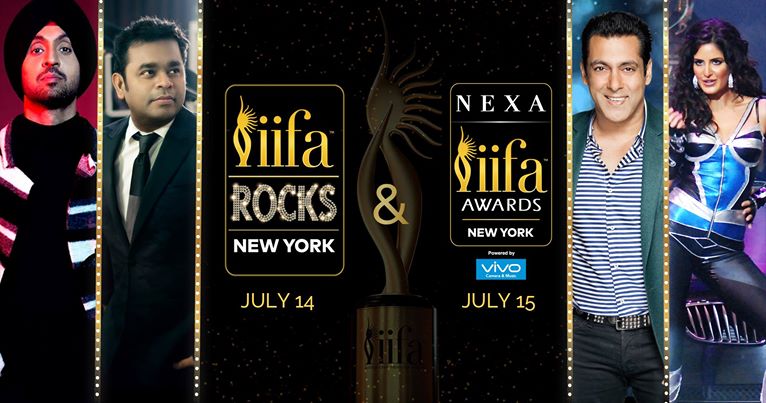 New York–At a time when Hollywood is incubating diverse talent like never before, Bollywood is out to mesmerise the US with its magic at the three-day IIFA Weekend and Awards starting here on Thursday.

The “green carpet” is being rolled out and some film stars have already landed here for the 18th edition of the gala, which also goes beyond the Hindi film industry’s glitz and glamour to push discussions around tourism, business opportunities and environment.

‘We are set. When somebody does a big movie and it’s their Friday… You know what it’s like. So for us, Thursday onwards our show starts and we are all nervous. But New York is going to rock,” Andre Timmins, Director, Wizcraft International, told IANS.

The company has been the producers and creator of the International Indian Film Academy (IIFA) that had its debut event at the Millennium Dome in Greenwich, Britain, in 2000.

It was organised with a meagre budget of Rs 20 lakh, but after travelling to 15 locations across 12 countries and 4 continents, the event has grown in size and scale considerably.

This is the first time that the event will be held in New York — described as the city that never sleeps. The IIFA show was first brought to US at Tampa Bay, Florida in 2014.

Jeffrey R. Sexton, the Minister Counsellor for Public Affairs at US Embassy in India, said here: “Films from India now do more business than any other non-English films in the US… It’s also interesting that the Indian entertainment industry has come to the US as a destination for shooting films.”

He said in the coming month they looked forward to welcome more and more Bollywood filmmakers and stars for IIFA and beyond, adding that over the last five years, the number of Indian visitors in the US had “nearly doubled”.

Last year, he said, there were over a million Indian travellers to US, where Indian actors like Priyanka Chopra, Deepika Padukone, Anupam Kher and Irrfan Khan have made a mark in recent years.

“But India is a country of over a billion people, and I know that there are a lot more potential travellers,” he added.

“There will be a bit of Hollywood too,” Timmins said, without divulging any names. But given that celebrities like Kevin Spacey, Angelina Jolie, John Travolta and Hilary Swank have attended past IIFA editions, one can expect some popular names to be there.

Prior to the main event on Saturday at the grand MetLife Stadium — which has hosted the Super Bowl and concerts of the likes of Coldplay and Paul McCartney — there’s lots planned.

“MetLife is the Rolls Royce of arenas in the world, and we are the first Indian event to go to MetLife,” Timmins said, adding that they are expecting a crowd of at least 40,000.

On Thursday evening, the famous Times Square will come alive with a IIFA Stomp — a “free for public party” at the 45th and 46th street where Indian DJs — and perhaps Varun Dhawan — will play Bollywood beats and some ‘desi’ fashion will be showcased at a ramp.

“It’s going to be a welcome party to New York,” Timmins said, adding that simultaneously a Shuruaat Gala Dinner, where people from from Bollywood, and leaders from business, philanthropy, media, education and the Arts will congregate to raise awareness for women empowerment, gender equality, clean water and sanitation issues.

On the following day, the Asia Society Auditorium will host the Ficci-IIFA Global Business Forum 2017, which will see powerful minds coming together to address global issues.

“Our business forum is pretty heavyweight this time,” said Timmins, who hopes to see names like Nikki Haley, US Ambassador to the United Nations, and US Congresswoman Tulsi Gabbard in attendance.

“We have a great orchestra from New York, and our own band… I think it’s going to be special,” said Rahman. Apart from him, Diljit and Kamaal Khan will also dazzle at the musical extravaganza.

The final day will culminate with the awards ceremony, where a plethora of Bollywood stars — and hopefully some Hollywood ones too — will rock the green carpet and the stage thereafter.

What makes IIFA different this year is that it will be aired live.