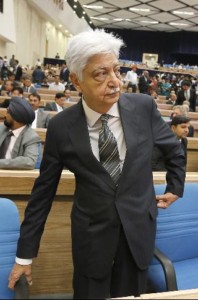 Premji and Nadar are placed ahead of Google chief Eric Schmidt and Uber CEO Travis Kalanick.

Thirtythree are from Asia, with China on top with 19 members. The US topped the global list with 51 members, followed by China.

According to the list, 51 American tech founders and investors account for nearly two-thirds of the group’s total wealth.

The titans have, approximately, worth a combined $892 billion, 6 percent more than a year ago. The minimum net worth is now $2.2 billion, up from $2 billion a year ago, Forbes said.

There were 12 newcomers. The top five billionaires collectively added $36.9 billion to their fortunes over the past year, accounting for two-thirds of all gains.