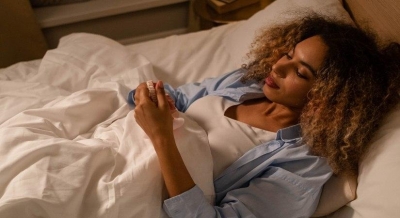 New York–Insufficient or interrupted sleep may have more of an impact than smoking history in patients with a progressive lung disease, according to a study.

Researchers at the University of California-San Francisco found that for patients with COPD (chronic obstructive pulmonary disease), inadequate sleep may boost their risk of a flare-up by up to 95 per cent compared to those with good sleep.

Over time, these flare-ups, which manifest with worsening shortness of breath and cough, may cause irreversible lung damage, and accelerate disease progression and mortality.

The findings appeared in the journal ‘SLEEP’.

The research shows sleep deprivation is associated with a drop in infection-fighting antibodies and protective cytokines, said Aaron Baugh, a clinical fellow at the UCSF Division of Pulmonary Research Institute.

The researchers followed 1,647 patients with confirmed COPD. They recorded flare-ups, defined as short-term worsening of symptoms requiring treatment, and compared their incidence with self-reported data on sleep quality.

Pulmonologist Neeta Thakur from the UCSF School of Medicine said that questions about sleep are often overlooked by physicians evaluating patients with COPD.

“Sleep hygiene and sleep aids may significantly improve their health,” she said, adding: “Sleep should be considered both in the clinic and at the wider community/neighbourhood level, where the structural factors that contribute to worse sleep can be addressed.” (IANS)