BURLINGTON, MA—The duo of Mandy Pant and Jharna Madan will be the emcees of the15th Annual Woman of the Year Awards gala on Friday at Burlington Marriott Hotel in Burlington, MA. Dr. Manju Sheth, hostess of the INDIA New England News’s Chai With Manju celebrity interview series, will serve as the hostess of the evening. Over 450 entrepreneurs, philanthropists, professionals and community leaders will attend the sold-out event.

“An event of this magnitude and impact takes a lot of preparation and hard work behind the scenes. I am delighted to be part of a dedicated core team that has been working tirelessly to put this together,” said Pant, Academic Research Director at Intel. “The audience is definitely in for a treat.”

Robin Chase, co-founder and former CEO of Zipcar, the largest car-sharing company in the world, and author, will be the chief guest and keynote speaker.  Genevieve Nadeau, Chief of the Civil Rights Division in the Office of Massachusetts Attorney General Maura Healey, will the Guest of Honor.

Veteran Bharat Natyam dancer Jothi Raghavan will present an empowering “Treat Me as I am…I am Woman” dance during the award ceremony. Two of New England’s talented singers—Sowmya Shri  and Nidhi Tare—will sing at the Woman of the Year Awards gala.

Dr. Shashikala Dwarkanath, MD, the person behind Chinmaya Mission Boston, one of New England’s largest spiritual centers, which has played a vital role in the lives of thousands of people in the area—will receive this year’s Lifetime Achievement Award. In addition, 21 women from various fields will be honored at the gala. 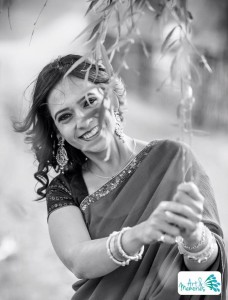 “I am so honored and delighted to be the emcee again this year with Mandy,” said Madan, a senior interior designer and project manager and a TV Asia correspondent in Boston. “India New England’s Woman of the Year is my favorite event of the year. Every year I am inspired by the phenomenal list of woman that comes out. And this year we have another outstanding list.”

Event’s co-emcee Pant is  the Academic Research Director at Intel, and works with leading academic researchers worldwide and technical experts to seed and drive research efforts in areas of strategic importance to Intel in particular and the computing industry in general. She has published 20+ technical papers in prestigious VLSI conferences and journals, has two issued patents and five pending patents.

Pant received her Bachelors (B.Tech) in Computer Science and Engineering from I.I.T Kharagpur, India, a Masters (MS) in Electrical Engineering and a Doctorate (PhD) in Electrical and Computer Engineering from Georgia Institute of Technology, Atlanta, GA.  She is regarded as a very strong and motivating technical speaker having given numerous invited talks at various conferences and universities, including several keynote talks and distinguished lectures. She is an active proponent of STE(A) M for Women and young girls and has participated in various efforts in promoting it across the nation in general and in the New England area in particular. She is an avid reader, traveler, dancer and yoga enthusiast.

Dr. Manju Sheth, MD, hostess of the evening and a key member of the organizing team, said Pant and Madan bring their own flavor to the event.

“Woman of the Year event is closest to my heart and I look forward to working on it every year,” said Dr. Sheth. “It is a pleasure to welcome back Mandy Pant and Jharna Madan as Master of Ceremonies to the event. They have both been nominees of WOY and bring their knowledge, expertise and a very special flair to the event. We are looking forward to welcoming all our guests to a spectacular event.”

Dr. Sheth is a Board Certified Internist with keen interest in women’s health. She works at Lahey Health. She was voted in the 150 ‘Women of Influence’ by YW of Boston in 2016. Dr. Sheth served as president of Indian Medical Association of New England in 2013. She has been a big advocate for empowerment of women and has been voted Woman of the year in 2011.

Dr. Sheth is the creator and host of the popular “Chai with Manju” celebrity interview series as well as  “Dreamcatchers”  featuring people from the local community who have made their dreams a reality.