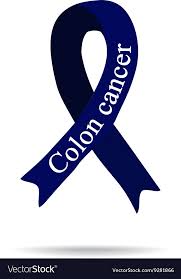 Madrid–Global death rates for pancreatic cancer and incidence rates for colorectal cancer both increased by 10 per cent between 1990 and 2017, the results of a major study conducted across 195 countries revealed.

“Pancreatic cancer is one of the world’s deadliest cancers, with an overall five-year survival rate of just five per cent in high, middle and low-income countries,” said study lead author Reza Malekzadeh, Professor at Tehran University in the Iran.

“Major risk factors for the disease, such as smoking, diabetes and obesity, are largely modifiable and present a huge opportunity for prevention,” Malekzadeh added.

Whilst some of this increase can be explained by the rising population and longevity, even after accounting for population changes, age-standardised incidence and death rates for pancreatic cancer increased by 12 per cent and 10 per cent respectively, the study said.

According to the researchers, the increase is related to a rise in the prevalence of obesity and diabetes, as reflected by the risk factors of high BMI and higher blood glucose levels which are two of the leading risk factors for pancreatic cancer.

The researchers believe that this is due to the introduction of colorectal cancer screening programmes, leading to earlier detection and an increased chance of survival.

The study also indicated that the risk factors for colorectal cancer are different in males and females, and should, therefore, be considered in national policy and prevention programmes.

According to the findings, alcohol use, smoking and diets low in calcium, milk and fibre had a considerable burden on males. For females, dietary risks, but not alcohol use or smoking, were found to be the most attributable risks.

The research was published in the journal The Lancet Gastroenterology & Hepatology. (IANS)