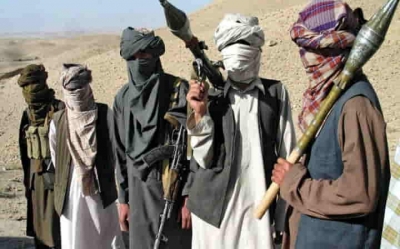 In the most recent terror attack, a suicide bomber detonated his explosives near a security checkpoint in the restive southwestern Pakistan, claiming the lives of at least three paramilitary personnel and wounding at least 15 others.

As per reports, the suicide bomber walked towards the checkpoint guarded by the paramilitary Frontier Corps on the Quetta–Mastung Road in Balochistan province, about 25 km of the provincial capital Quetta.

The TTP has also recently issued a warning to the Pakistani media, asking them to refrain from calling it a terrorist organisation.

“We call on journalists and media houses of Pakistani media to stop their biasness in the ongoing war between the TTP and the Pakistani security forces,” read a letter issued by the group.

“We have seen that titles like ‘terrorist’ and ‘extremist’ are used with our name, which shows the deliberate biasness of the media. It is warned and directed to mention TTP as TTP only and not with such titles that are given by our enemies,” the statement read.

The TTP warned of dire consequences if their concerns are not addressed.

“Being bias is against the very ethics of journalism and also will attract more enemies for you (Pakistani media).”

TTP was among the first to issue a congratulatory letter to the Afghan Taliban’s takeover of Afghanistan, while also vowing to continue efforts for imposition of an Islamic law and a Muslim state.

It should be noted that TTP is the Pakistani faction of the Taliban, which is in allegiance with the ideology of Al Qaeda. However, in the past, Pakistan’s military offensive operations have kept them on the run.

But it seems that the Taliban takeover in Afghanistan has given confidence to the TTP factions, who have launched a new offensive, targeted at the Pakistani security forces and law enforcement agencies.

Afghan Taliban have maintained that they will not allow their soil to be used by any terror element to spread instability or terror in any country including Pakistan.

However, the Afghan Taliban have also have hinted their suggestion to Pakistan that the country can also negotiate with the TTP, in similar way that US forces have negotiated and come down to a peace agreement with them in Afghanistan.

The world may see Pakistan in contentment or satisfaction or celebration with the Taliban takeover in Afghanistan, but this remains a fact that the development in Afghanistan has opened up a new and more dangerous set of challenges for the country as factions like the TTP have started to show their presence in various parts of the country, putting at risk the overall security situation and lives of locals. (IANS)