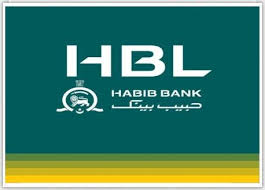 Islamabad–Habib Bank Limited (HBL) Pakistan’s largest, shut down its operations in the US on Monday after being slapped with a hefty $629.6 million civil penalty by the New York State Department of Financial Services (DFS).

The HBL said it would contest the fine in court. It further decided to close its operations in New York and the DFS has allowed it to submit a withdrawal application, Xinhua news agency reported.

“Despite HBL’s sincere and extensive remediation measures, DFS is still not appreciating or recognising the significant progress that HBL has made at its branch in New York,” the HBL statement said.

“… HBL has received a notice in terms of which DFS seeks to impose and outrageous civil monetary penalty of up to $629.62 million,” the statement added.

The DFS penalty is being imposed in relation to “significant breakdowns” in the bank’s New York Branch’s risk management and compliance with the applicable federal laws, including anti-money laundering regulations in the US.

The decision is likely to deliver a significant blow to the bank’s ambition to aggressively grow its operations outside Pakistan. The DFS has asked the HBL to appear in a hearing on the issue in the last week of September.

The development is set to result in a cumulative earnings wipe-out of Pakistani Rs 45 per share and equate up to 25 per cent of HBL’s book, stock market analysts told Xinhua.

In terms of size, the penalty is almost 30 per cent of bank’s assets in the US and the Middle East, the report said.

The HBL scrip hit the lower circuit on Monday at Rs 207.21 per share after a massive decline of Rs 10.90 rupees, thereby contributing 158 points to the key index’s overall decline.

The analysts mentioned that even if HBL’s appeal fails in court, it might still be able to talk out a phase-wise implementation which may prevent any sudden wipeout of its reserves.

The size of potential penalty is more than double the amount rumoured in the market during the past few weeks and also significantly higher than the amount recently imposed by authorities on non-US banks.

The imposition of colossal fine on Habib Bank will act as a warning to other Pakistani banks, particularly United Bank Limited (UBL), to review their branch operations and reduce presence from low-profit, high risk countries, the report said. (IANS)